The Energy Technologies Institute (ETI) has selected The Glosten Associates as the company which will design its offshore wind floating platform system demonstrator.

Glosten, a US-based naval architecture and marine engineering firm, will design a tension leg platform (TLP) by developing what is commonly known as a Front End Engineering Design Study (FEED.)

The PelaStar TLP prototype will be developed in partnership with Alstom using their Haliade 150-6MW offshore wind turbine. Harland and Wolff in Belfast has been chosen by Glosten as the builders for the demonstrator and the TLP will be designed for potential deployment at the ETI’s preferred test-site – Wave Hub in Cornwall.

The ETI commissioned and funded FEED study will take about 12 months to complete and cost £4m. The ETI will then decide whether to invest up to £21m in the construction and deployment of the TLP, which could be deployed off the UK coastline by as early as 2015.

ETI studies have shown that floating wind farms in areas of increased higher wind speeds off the coast of South West England and North West & North East Scotland, in water depths of 60m to 100m, have the potential to significantly reduce offshore energy cost.

“Our modelling work and previous engineering design projects have shown that floating offshore wind farms could play a key role in providing affordable, secure and sustainable energy for the UK as part of a broader and balanced energy system.”

“Offshore wind though must be affordable and cost competitive with alternative generation technologies. The ability of large floating turbines to access near-to-shore, high wind speed sites off the coast of the UK could bring down the cost of electricity generation for the long term, helping to ensure that low carbon energy from offshore wind achieves costs comparable with other forms of low carbon generation.”

“We applaud the ETI for taking this bold, confident step to greatly accelerate the development of floating offshore wind. Deep water wind resources promise the potential of lower costs for energy and are waiting to be captured. Today the industry needs support of this nature to demonstrate the technology that will get us out there.”

“After having developed our very large new offshore dedicated wind turbine in fixed foundations it is now great we can be part of this project. In this way we are contributing to develop new solutions in order to apply the right mix of technology and offshore engineering expertise to bring energy to homes and businesses at competitive rates.”

“We are delighted to be involved in this new and exciting development. We trust our experience, vast facilities, dedicated and highly skilled workforce will bring a huge benefit to the project.”

The intention of the project is that the demonstrator would be operated for eight to 10 years to allow further design modifications and refinements to take place.

The ETI’s research in offshore wind has demonstrated that access to high wind areas which are close to shore should be an attractive investment compared to some existing UK sites which are further from the coast in areas of lower wind. The ETI aims to reduce the costs of offshore wind energy generation by accelerating the deployment of floating wind farms in UK waters. The UK has over a third of the total European potential offshore wind resource – enough to power the country nearly three times over. Exploiting this natural resource economically, particularly in deeper waters off the west of the country, will require significant technology developments to build, operate and support large offshore wind arrays. 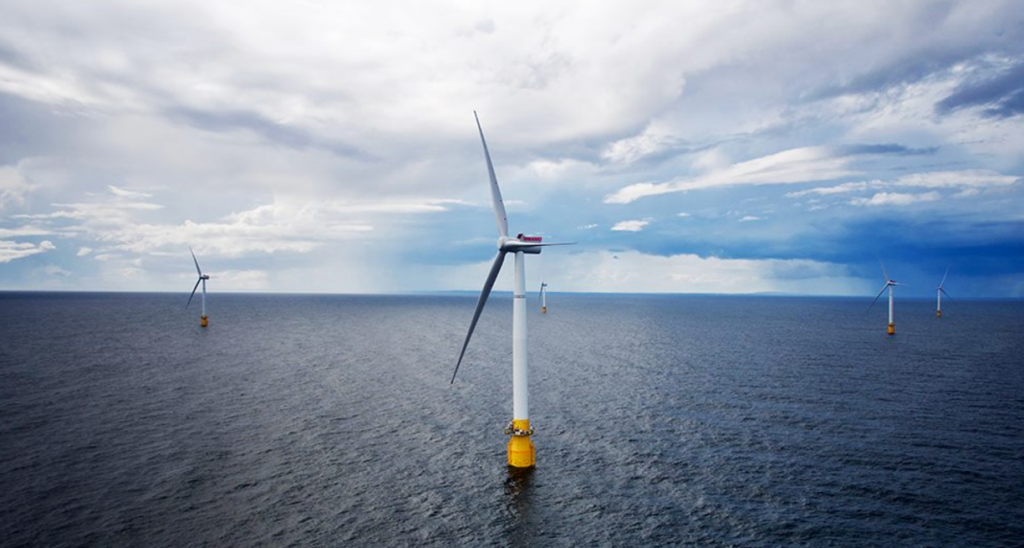