Lerwick Port Authority is maintaining the momentum of development at the harbour, with the go-ahead for two further projects which will benefit a range of users, including the fishing industry and the offshore oil and gas sector.

Plans for a new white fish market have taken another major step forward, with the Port Authority awarding a contract to Shetland-based contractor, Tulloch Developments, for land reclamation and a new quay at the location, following the Scottish Government’s allocation in June of £965,283 from the European Fisheries Fund (EFF) towards the cost of the £3.17 million quay project.

Sandra Laurenson, Lerwick Port Authority Chief Executive, said: “The key to moving forward was the Scottish Government’s EFF support. The new quay and the proposed replacement market will reinforce Lerwick’s well-established position as a leading centre for the fishing industry and underline our commitment to the sector.

“The projects will bring benefits in the landing of fish and in supporting and servicing vessels and also include significant improvements in the handling of fish once landed; in the uplifting and onward transportation of the increasingly higher value species; and in staff welfare facilities, and it will be more energy efficient.

“The investment will help the Authority achieve its objectives, including retaining Lerwick’s position as a landing port-of-choice for vessels operating in waters around Shetland and attracting increased landings.”

To be constructed on 1.45 hectares of land to be reclaimed at Mair’s Yard, work is getting underway now with the 151 metres long quay scheduled for completion in July 2013.

The quay will also generate considerable benefits ahead of the new market by increasing the area available at Holmsgarth. North Holmsgarth is currently congested with net and gear handling.

The minimum six metres’ water depth alongside the quay – pre-dredged in 2008 – is one of the prime reasons for relocating the market. The existing facility, used both by local boats and vessels based elsewhere, has insufficient water depth at all states of the tide for some of the larger vessels now operating. The present market also has extremely poor road access for onward transportation of fish.

Design of the market building will commence in the autumn, with the aim of construction starting in 2014.

Tulloch has also successfully tendered for the construction of a 75-metre quay extension – initially designated Berth 8 – at Greenhead where the site had been pre-dredged to nine metres’ water depth. It will extend eastwards to complement the 100-metre-plus Berth 7, the largest section of which was completed ahead of schedule earlier this year by Tulloch to support a major offshore project. The two latest contracts have a combined value of £5.6 million.

Construction of Berth 8 is to be undertaken onsite between April and October next year. Sandra Laurenson said: “The catalyst for another new, deep-water berth has been the success already of Berth 7 and the increasing number of larger vessels calling at the port. A common-user quay, it will primarily service the offshore industry and, along with the fishing-related development, is another example of our delivering the requirements of current and future users.” 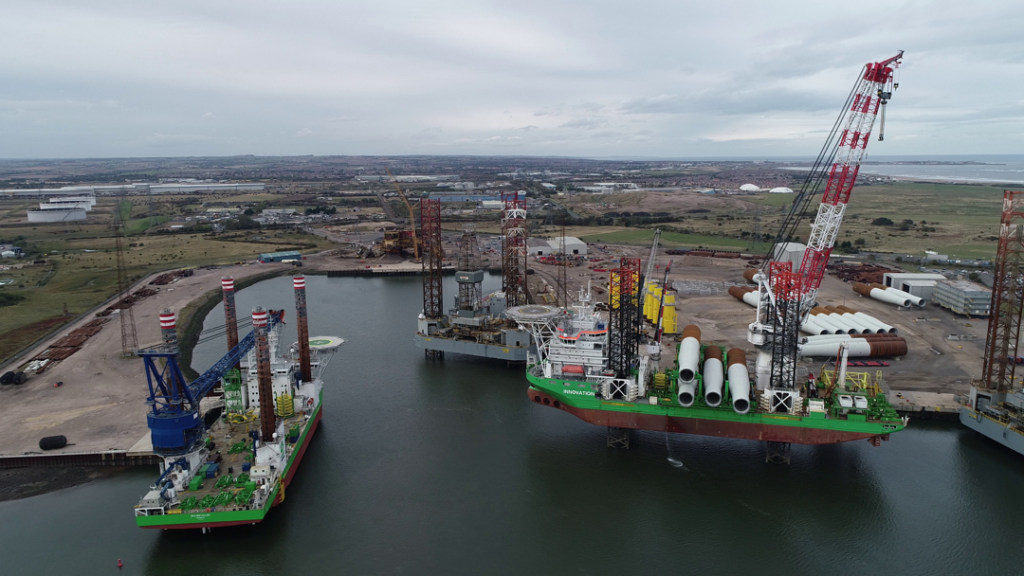