Advertisement
Back to overview
Home Green marine UK: One third of cargo removed from grounded Kaami

UK: One third of cargo removed from grounded Kaami

Around one third of cargo is estimated to have been removed from the grounded Norwegian ship Kaami off the coast of Scotland.

“Salvors have been able to take a further 22 skips full of cargo from the grounded MV Kaami over the Easter weekend,” the UK’s HM Coastguard said in a new update on 14 April.

As informed, cargo offloading is heavily dependent on weather and sea conditions and the salvage team was unable to safely carry out further cargo removal on 13 April or to continue the operation a day later.

The salvage is overseen by the Secretary of State’s Representative for Maritime Salvage and Intervention supported by the MCA, salvors, the ship’s insurers and the Scottish Environment Group.

A temporary exclusion zone of 500 metres remains in place around MV Kaami to all but those vessels directly involved in supporting the response.

The Maritime Accident Investigation Branch is continuing its investigation remotely with assistance from the salvors, HM Coastguard added.

The 1994-built open hatch singledecker ran aground off the Isle of Skye, Scotland, on 23 March. The Bahamas-flagged ship was carrying a cargo of pelletized refuse-derived fuel at the time of the incident.

A coastguard search and rescue helicopter evacuated all of the ship’s eight crew the same day.

Kaami, which has a gross tonnage of 2,715 tonnes, is owned by Norway’s Misje Rederi, VesselsValue’s data shows. 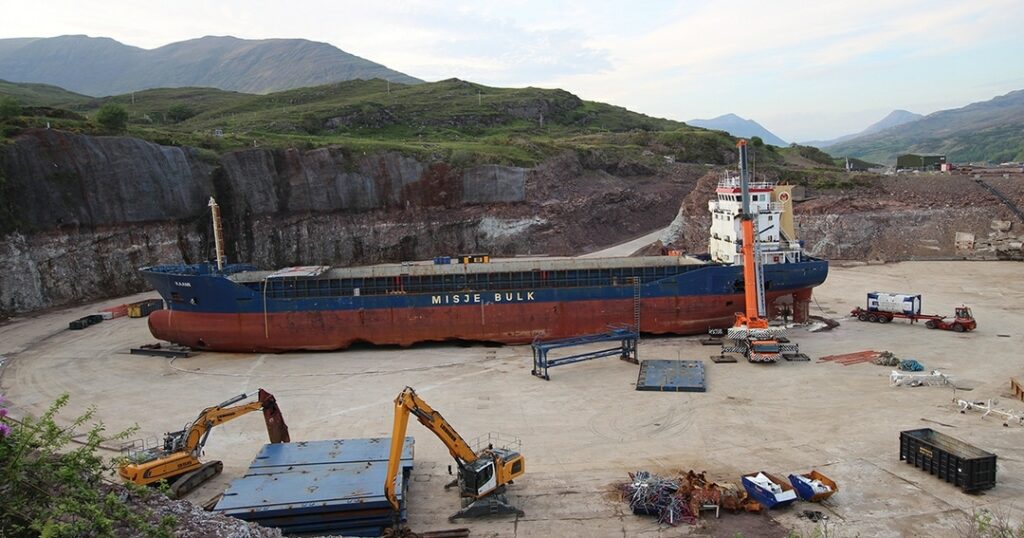