Ardersier and Petty residents had the opportunity recently to find out more about the Port of Ardersier’s ambitious plans to develop the former oil yard.

Last month the port submitted plans to Highland Council, Marine Scotland and Transport Scotland for the consents needed to make the site a major European manufacturing port for the offshore wind industry.

Once approved, the harbour revision order, onshore planning and marine consents would permit major dredging later this year, which could enable the port to be open for business in 2014 – and ready to capture the economic opportunity offered by offshore wind. If successful, the site could create over 2,500 new jobs for the highland economy.

After the meeting Mr Wood said:

“We welcomed the opportunity to meet with local residents and hear directly about the issues and concerns local people have. We were very happy that we able to provide an update and answer all points raised by local residents who were overwhelmingly supportive of the proposal.

“The Port of Ardersier is committed to keeping local residents and all interested parties up to date on the proposals for the port. This is only the initial stage of the project and it is our intention to keep working with the local community over the coming months and years to ensure that it can maximise the benefits from this major investment into the Highland economy, especially ensuring that job opportunities created by the development are accessible to local people.

“We believe a vibrant port with significant jobs and economic activity would be very positive for the area, with a strong financial spill over to local communities. At the same time we recognise the concerns of those who live nearby. I hope our presentation highlighted the many benefits a thriving port could bring, and addressed any worries people may have,” he added.

The company hopes to receive planning later this summer, and intends to run a larger public information event around that time.

With 138 hectares (340 acres) of vacant land and a deep water quay, the purpose-built yard – located on the Moray Firth, 15 miles east of Inverness – is ideally placed to take a slice of the estimated £70-80 billion UK offshore wind construction market.

There are very few deep water ports around the North Sea with this quantity of vacant manufacturing space – more than three times the size of London’s Olympic stadium site – dedicated solely to renewables. 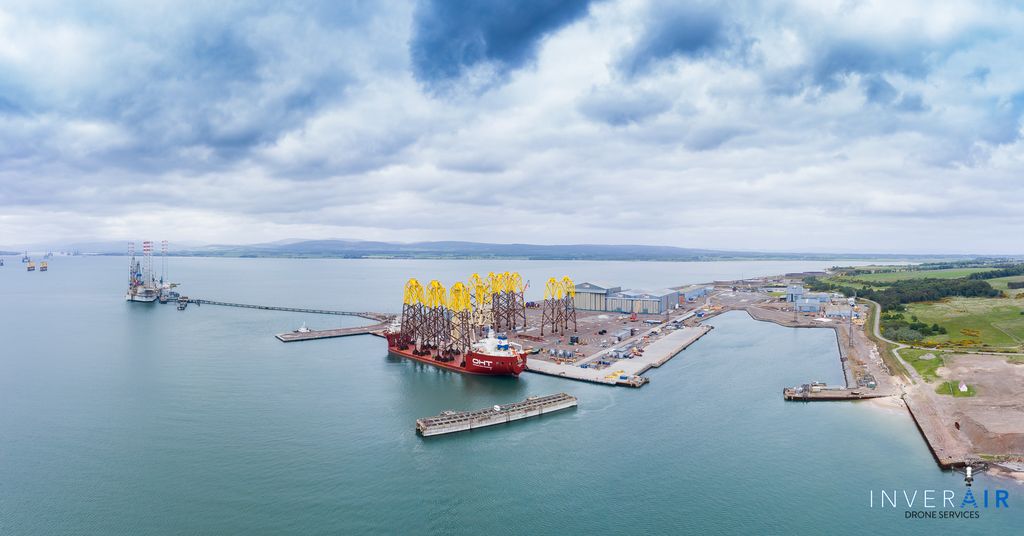