Twelve people were rescued at sea after the Dutch freighter Flinterstar collided with LNG tanker Al Oraiq early Tuesday morning off the coast of Belgium.

One person was injured in the accident and was being treated for hypothermia.

“K Line LNG Shipping (UK) Limited reports that today at appx 0400 local time its LNG carrier ‘Al Oraiq‘ whilst on passage to Zeebrugge LNG terminal, came in contact with a container vessel outside the port of Zeebrugge,” the company, which is a unit of Japanese shipping giant K Line said in a statement on Tuesday.

After the collision, the Flinterstar sank in the North Sea, the Dutch coast guard said.

Dutch shipping company Flinter, which owns the vessel said that oil is leaking from the sunken freighter.

A cleanup operation is currently underway for oil leaking from tanks of the vessel.

The 210,100 cbm Q-Flex carrier Al Oraiq suffered minor damages and there were no reported pollution or damage to the cargo tanks.

“Al Oraiq, which is in a stable condition and is safely anchored near Zeebrugge fairway, will shortly move alongside,”  K Line LNG Shipping said.

The Al Oraiq has rescued 3 persons from the container vessel without apparent injuries. Tugs were already approaching the vessel at the time of the incident, it added.

The LNG tanker is carrying a cargo of the chilled gas from Qatar’s Port of Ras Laffan to be unloaded at the Fluxy’s-operated Zeebrugge terminal.

The cause of the incident is not known and will be the subject of a full investigation. 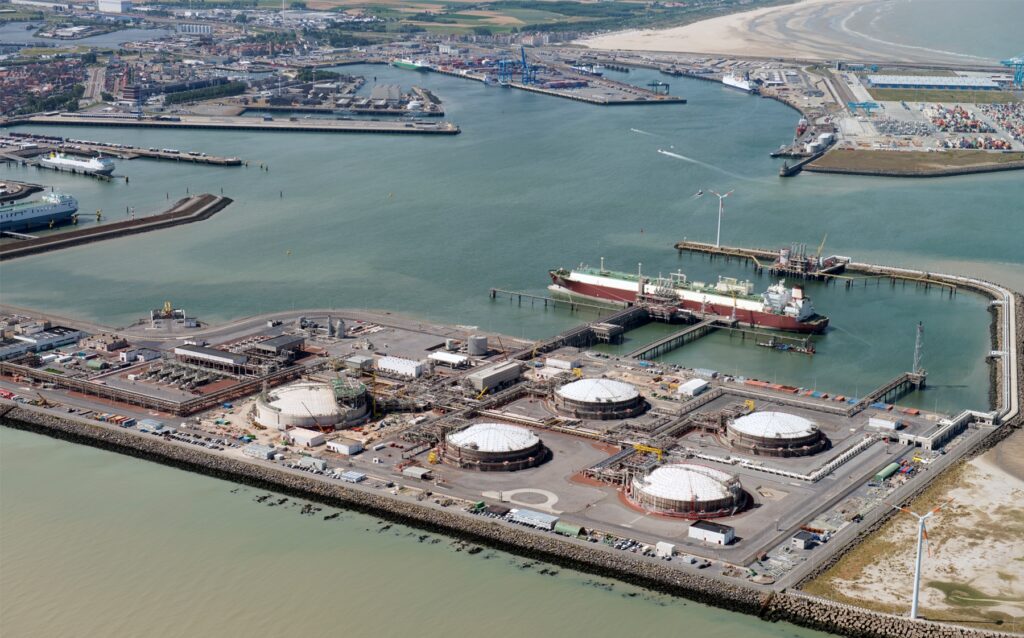