Advertisement
Back to overview
Home Green marine Update 2: Body of One Missing Mariner Found as Fears of Tanker Exploding Heat Up

Update 2: Body of One Missing Mariner Found as Fears of Tanker Exploding Heat Up

A body of one of the 32 missing mariners has been found on board the Iranian tanker Sanchi burning off China’s eastern coast, according to the Ports and Maritime Organization (PMO) of Iran.

The identity of the deceased mariner is yet to be determined and activities are said to be underway on organizing the transfer of the body to the Port of Shanghai.

The fire onboard the Panama-flagged tanker continues raging and fears have been raised that the vessel might explode and sink, state broadcaster China Central Television informed citing Chinese officials.

However, PMO head Mohammad Rastaad said that it was unlikely the tanker would be lost.

Efforts are underway on extinguishing the fire, but it is very difficult to approach the vessel due to fierce fires, poisonous gases and black smoke billowing from the tilted oil tanker.

PMO has deployed a team on the scene to carry out the initial assessments of the situation and an investigation has been launched into the cause of the accident.

The tanker belonging to the National Iranian Tanker Company, carrying 136,000 metric tons of condensate, was en route from Iran to South Korea when it collided with a Hong Kong-flagged CF Crystal.

Due to the collision, an explosion ripped through the tanker which remains ablaze since.

CF Crystal did not sustain major damage in the collision and its 21 crew members are reported to be safe, according to China’s transport ministry.

The Chinese rescue teams are working around the clock to put out the fire, curb the pollution and find any potential survivors.

The South Korean Marine Police Agency and the US Navy have joined the rescue efforts as well.

Commenting on the incident IMO Secretary-General Kitack Lim said the organization was monitoring the ongoing situation and stood ready to offer any technical assistance that may be needed.

“In the longer term, it is expected that there will be a full investigation into this incident and that the results and findings will be brought to IMO so that we can do whatever may be necessary to reduce the chances of such an incident happening again,” Lim added. 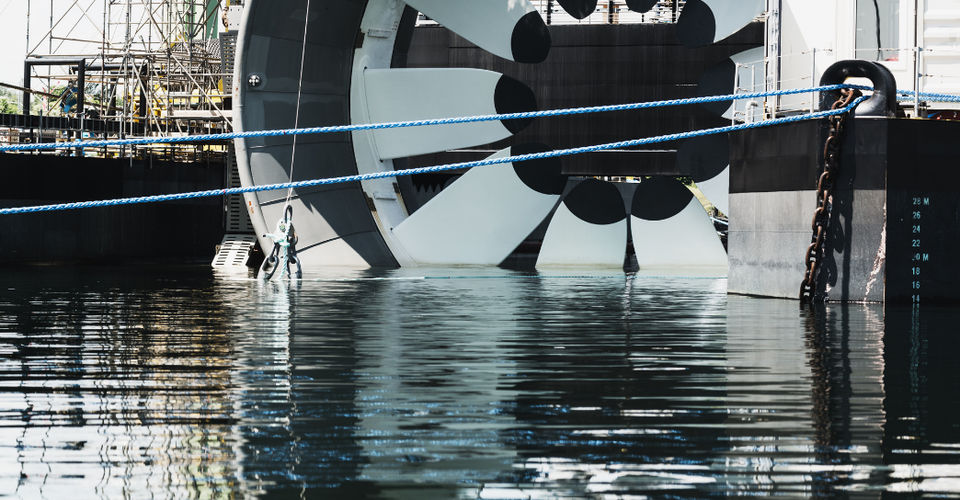 Tidal energy could be one of most viable clean power sources of the future, Bureau Veritas suggests
Posted: 24 days ago
MMA’s AHTS converted for offshore wind ops
Posted: 4 days ago
Maersk Tankers setting up decarbonisation hub
Posted: 6 hours ago