Kenyan and U.S. authorities have reportedly found drugs and illegal weapons onboard the Pure Car/Truck Carrier Höegh Transporter which was raided by anti-drugs commando teams in the Port of Mombasa last Thursday, September 17, according to local media.

The drugs and weapons were reportedly found inside the tires of three military trucks transported by the Höegh Autoliners-operated, 6,500 ceu PCTC. One of the agents involved in the raid told Kenyan daily The Star that the drugs ”appeared to be cocaine in crystal form.”

The multi-agency investigation team, which includes agents from the U.S. Drug Enforcement Administration, raided the Singapore-flagged car carrier after being tipped off by the U.S. Federal Bureau of Investigation (FBI) and U.S. intelligence agents that the vessel was loaded with the drugs at the Port of Mumbai, India. The illegal weapons were reportedly loaded in Dubai.

The 1999-built Höegh Transporter is carrying 3,983 vehicles, including 257 UN vehicles to be used for peacekeeping missions in countries such as Uganda and South Sudan.

The authorities have inspected around 80% of the car carrier, and a full statement on the findings will be released once the operation is completed.

Höegh Transporter’s Filipino crew have been detained and questioned.

When asked for a comment, Höegh Autoliners told World Maritime News that they are fully cooperating with the authorities, and that the company will wait for the official report by the authorities and police in Kenya prior to making any kind of announcement. 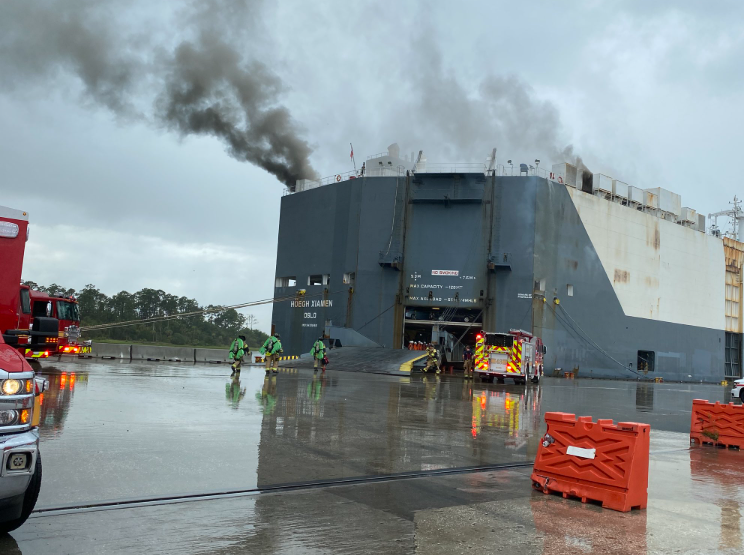