During the recent US Hydro 2013 conference held in New Orleans, Louisiana, undergraduate and graduate geology students participated in a poster session showcasing their research projects.

Awards were given to the top poster presentations during the conference. Undergraduate students Kyle Ford and Montgomery Taylor, from the College of Charleston’s BEAMS (BEnthic Acoustic Mapping and Survey) program, won second place for their research poster, Bathymetric Analysis of Continental Shelf-Edge Marine Habitat off the Coast of Charleston, SC.

A delta-like feature was identified at the continental shelf edge, 85 kilometres southeast of Charleston, South Carolina and named the Geneva Delta. This feature may once have been an active river delta during a lower stand of sea level approximately 30 metres below present day. Bathymetric data were collected by College of Charleston BEAMS Program students during a research cruise in May 2012 aboard the NOAA Ship Nancy Foster. Three-dimensional imagery and cross-sectional profiles were generated using CARIS HIPS and SIPS. Analysis of these images revealed areas of low relief interspersed with rocky outcrops. Additionally, a variety of fish and marine invertebrates was observed, including the invasive species, Pterios volitans, commonly known as lionfish. The morphological features identified indicate habitats that are of particular interest to the commercial fishing industry. These data are crucial to understanding essential fish habitats on the southeast continental margin in order to determine potential locations for establishing Marine Protected Areas. 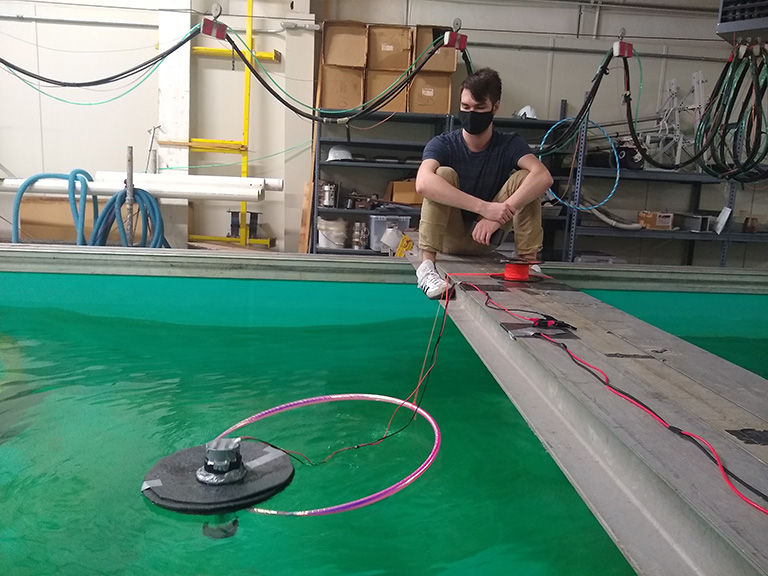