The organizations sent joint letters to Congressional leadership and Treasury Secretary Steven Mnuchin this week, saying the funding is needed to address “significant hardships” and “unique and unexpected challenges” posed by the COVID-19 pandemic.

The letters ask Congress and the Administration to take immediate action to provide the whole of the maritime transportation system with the resources necessary to combat the virus and ensure the safety of the industry’s sizable workforce.

“Their dedication and perseverance has enabled commerce to continue flowing during a time of great risk, upheaval, stress and greatly increased costs, allowing millions of Americans to safely and comfortably work from home.”

Connor noted that while recent news reports show a resurgence of trade at some of country’s largest container ports, “the truth is that most ports are still suffering financially, particularly those that handle non-containerized goods, like steel, grain and other bulk commodities.

“Even most container ports have large business portfolios that include handling critical, but poorer performing cargoes that put a financial drag on their ability to pay the added costs of protecting their workers,” he added.

North America is experiencing an unprecedented and unexpected surge in imports from Asia linked to COVID-19.

Earlier this week, a report released by the National Retail Federation and Hackett Associates said that imports remain strong after setting new records this fall as retailers stocked up both stores and warehouses for the holiday season and met new demands for quick delivery of online orders.

“The pandemic has made the past year one of the most trying the supply chain has ever seen, but retailers have met that challenge,” NRF Vice President for Supply Chain and Customs Policy Jonathan Gold said.

“We’ve gone from not knowing whether we would be able to get merchandise from China to having a surplus of goods when stores were closed to having to meet pent-up demand as consumers returned.”

The Port of Los Angeles reported a 27.3% increase in October 2020 imports versus October 2019, with October 2020 volume now being the highest ever in the port’s 114-year history.

Similarly, the Port of Long Beach registered a 19.4% increase in imports in October year over year, and in Houston imports rose 22.2% for the same period.

“We should expect import volumes to remain at unprecedented levels through January, particularly since China has announced that its shipments to the U.S. increased 46% in November 2020 over November 2019,” the World Shipping Council said.

However, the cargo surge is occurring while labor shortages are also being reported, together with port congestion as ships are waiting to dock and unload at already congested terminals.

Delays to ships unloading cause corresponding delays in loading export cargo and empties for transport to Asia. In short, the entire system is overloaded due to this COVID cargo crunch, according to WSC.

The solution suggested by some is for the ocean carriers to provide more assets – ships and containers – to handle the cargo surges.

Nevertheless, WSC believes this should not be the reason for a rash reaction that would impart additional stress on an already overloaded system further destabilizing the system.

“This requires constant communication between service providers and shippers, and ocean carriers recognize the part they must play in that. It also means avoiding practices that only make the situation worse, such as making phantom bookings or skipping terminal appointments or holding on to loaded containers as a storage solution,” WSC added.

U.S. ports covered by Global Port Tracker handled 2.21 million TEUs in October, the latest month for which final numbers are available. That was up 17.6 percent year-over-year and up 5.2 percent from 2.11 million TEU in September, the previous record for a single month since NRF began tracking imports in 2002.

October’s number brought the total for the “peak season” – the period from July through October when retailers rush to bring in merchandise for the winter holidays each year – to 8.3 million TEU. That was an increase of 8.8 percent over the same time last year and beat the previous record of 7.7 million TEU set in 2018.

Even with most holiday merchandise already in the country, November imports remained strong at an estimated 2.07 million – a 22.4 percent jump year-over-year and the fourth-busiest month on record. December is forecast at 1.91 million TEU, up 11 percent from last year.

AAPA said that for the first 10 months of 2020 compared to the same time frame last year, the cruise industry has come to a standstill while the value of waterborne commerce through America’s ports plummeted $200 billion, or nearly 14 percent, according to U.S. Census Bureau statistics.

When combined with the extraordinary costs involved in fighting the virus and the fact that no dedicated funding has been provided in any COVID-19 legislation, AAPA said that the $3.5 billion in relief to the U.S. maritime transportation sector were crucial.

“The relief we’re seeking is about ensuring ports and other maritime transportation businesses are able to keep pace with the accelerating costs of protecting their workers while keeping their workforce employed, and maintaining a state of readiness so they can significantly aid in the nation’s eventual economic recovery,” said Connor. 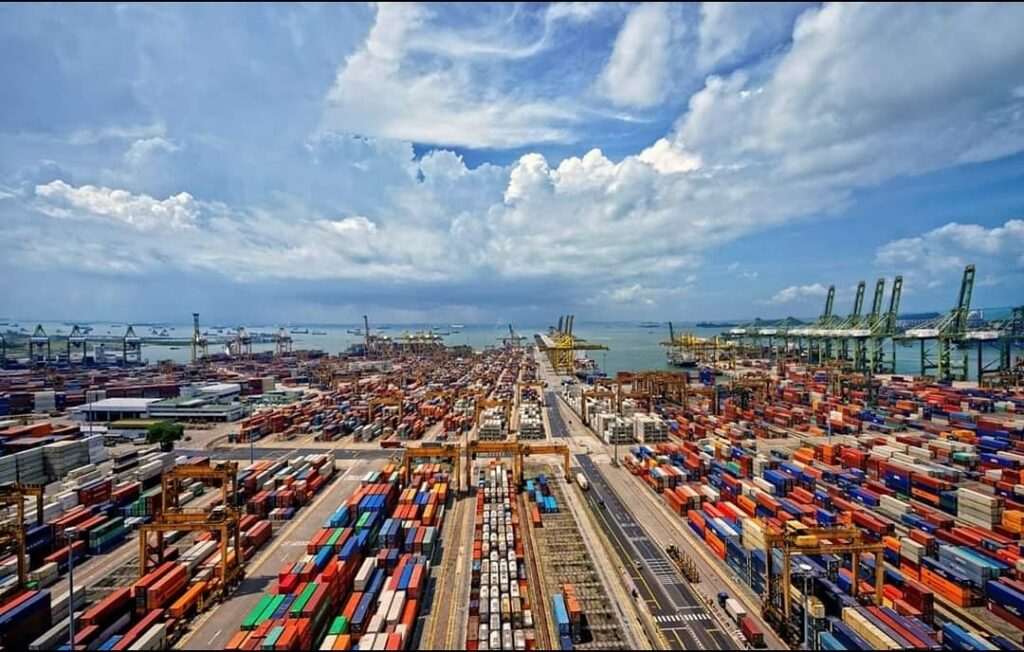