The dredging is conducted by the Army Corps of Engineers to improve the safety and accessibility of the inlet. Funding for this project was included in the Fiscal Year 2012 budget at Congressman Pallone’s request.

Two areas of the Shark River Inlet are frequently affected by shoaling, which is when sediment builds up at the bottom of the river. During this dredging operation the Army Corps of Engineers will remove approximately 30,000 cubic yards of sand so it will be deep enough that boats will be able to safely utilize the inlet.

“I have fought for this funding every year because I know how important this and other similar infrastructure projects are to the Shore,” said Pallone. “The dredging project will immediately benefit those who plan to enjoy the Shore throughout this boating season.”

Pallone has been a long-time advocate of ensuring continued access to this inlet. In response to previous requests from Pallone, the Shark River Inlet has been dredged yearly going back to 2006. The inlet is located in Monmouth County and separates the communities of Belmar to the South and Avon-by-the-Sea to the North.

“The Army Corps of Engineers prides itself on contributing to public safety while energizing the economy,” said Col. John Boulé, commander, New York District, “And dredging Shark River Inlet to its authorized depth does just that.”

Congressman Pallone was joined at the event by Belmar Mayor Matt Doherty, Belmar Borough Administrator William Young, Ed Wrocenski of the Army Corps of Engineers, and representatives from the Recreational Fishing Alliance. 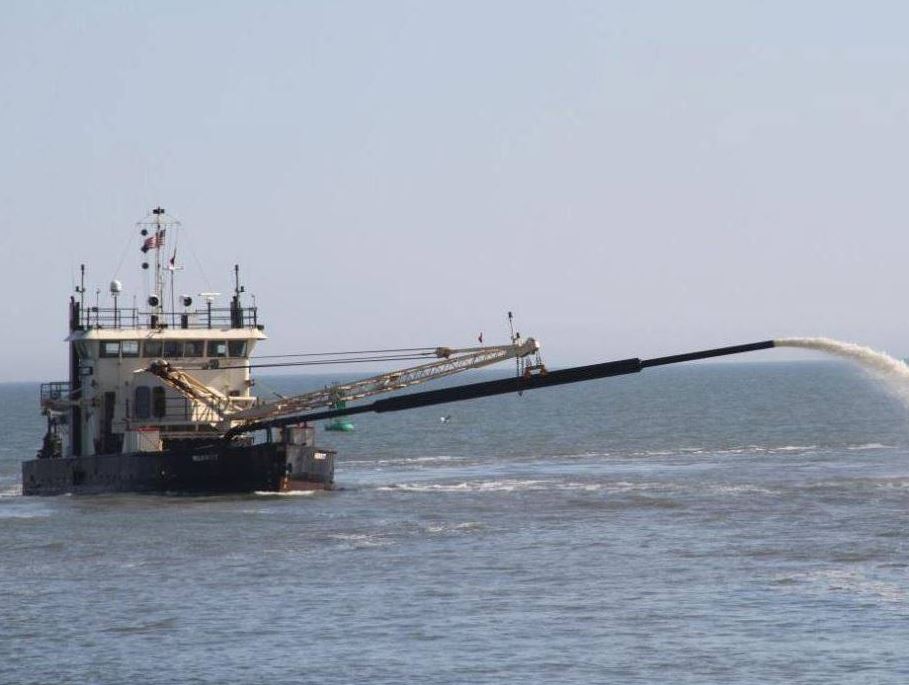