“This is the heaviest unit to be moved during the ship’s construction and the largest lift our crane has ever made,” said Rolf Bartschi, NNS’ vice president of CVN 78 carrier construction. “This lift represents the strategic construction improvements of the Ford-class carriers. The concept during design of the ship was to build larger units than were built on the Nimitz-class carriers, resulting in fewer crane lifts to the dry dock. This lift is a significant achievement for our shipbuilding team on this first-of-class ship and reflects the pride and capability of the entire team.”

Gerald R. Ford is being built using modular construction, a process where smaller sections of the ship are welded together to form large structural units, outfitting is installed, and the large unit is lifted into the dry dock. Of the nearly 500 total structural lifts needed to complete the ship, 435 have been accomplished. The lifts are accomplished using the shipyard’s 1,050-metric-ton gantry crane, one of the largest in the Western Hemisphere.

Gerald R. Ford represents the next-generation class of aircraft carriers. The first-in-class ship features a new nuclear power plant, a redesigned island, electromagnetic catapults, improved weapons movement, an enhanced flight deck capable of increased aircraft sortie rates, and growth margin for future technologies and reduced manning. Ford has been under construction since November 2009. The ship is more than 88 percent structurally complete and is scheduled to launch in 2013 and deliver to the U.S. Navy in 2015. 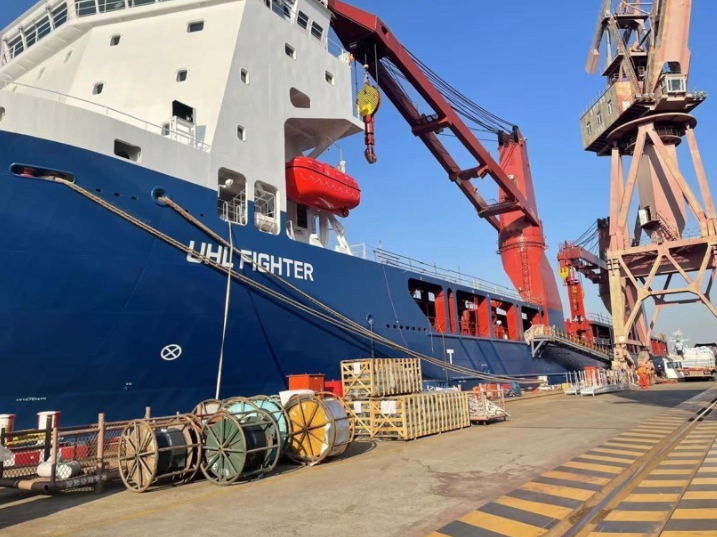