Senior trade analyst Vivek Srivastava explored the rise in global gas prices amidst the Russian invasion of Ukraine. Using VesselsValue, he provided insight into the foreseeable future of the world’s largest exporter of gas.

He highlights the predicament between Europe’s current sanctions and their dependence on Russian exports.

“The Ukraine crisis has sent global gas prices skyrocketing, but there may be bigger forces at work in the seaborne LNG market. While the world awaits developments on pipeline supplies, ship tracking data on seaborne LNG volumes may assuage the worst fears.”

The reports say the European benchmark TTF gas price has risen 135 per cent so far in 2022. It reached a near-vertical spike since Russia attacked Eastern Ukraine on 24 February.

Russia is the world’s largest exporter of gas and it exports approximately 23 billion cubic metres of gas every day. This is about half of which goes to Germany, Italy, France and Belarus. Therefore, Europe is heavily reliant on this.

“Russia’s share of the seaborne LNG market is certainly large enough to move the needle on the global supply/demand balance.”

Of the top 20 export regions in the last year, Russia accounted for two. The Eurasian Arctic contributed 4 per cent of total volumes and the Russian Pacific another 2 per cent.

However, there are four much larger export regions; the Middle East Gulf with 20 per cent and the Gulf of Mexico with 14 per cent, Southeast Asia with 12 per cent and West Coast Australia with also 12 per cent.

The report says smaller changes in any of these four regions can outweigh larger changes in the two Russian regions.

Neither of the two Russian regions is yet exhibiting any unusual drop in seaborne volumes. According to VesselsValue, exports are currently trending in line with last year’s levels.

Oil exports have dropped significantly as traders have shown almost complete unwillingness to buy Russian cargoes. On the other hand, LNG is dominated by long-term offtake agreements. The cargoes have, in effect, already been bought.

“How long it takes for these exports to then find buyers willing to import them, particularly for Yamal LNG’s Westbound cargoes from the Eurasia Arctic, is another matter. But for the time being, supplies are there and, with the market so hot, they should soon clear.”

The complete report is here. 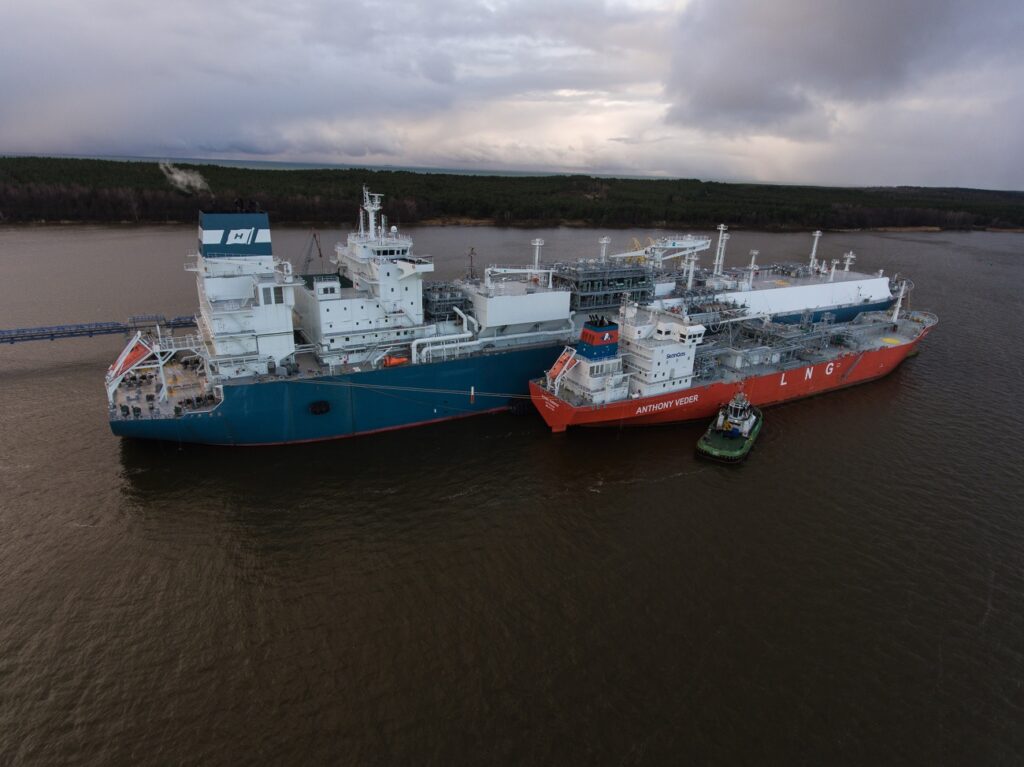