Advertisement
Back to overview
Home Wind Farms VIDEO: Bilfinger Getting Busy at Sandbank

VIDEO: Bilfinger Getting Busy at Sandbank

The last of the 72 foundations for the 288MW Sandbank offshore wind farm was installed last Friday with the help of Bilfinger Marine & Offshore Systems, the company which was in charge of transporting and installing the monopile foundations and transition pieces.

The foundation installation works started in summer of 2015 off the German North Sea coastline, in a project area located roughly 90 km west of the island of Sylt and in direct neighborhood to the DanTysk offshore wind farm which was commissioned in 2015.

The construction featured 72 monopiles with a 6m diameter and a length of up to 70 m, with the longest piles weighing 900t.

The foundations were produced onshore and then transported on Bilfinger’s barges to the load-out harbour in Esbjerg.

From there, they were loaded onto the installation vessel Pacific Orca and transported directly to the project area.

The monopiles were rammed into the seabed with currently the largest hydraulic hammer in the world, Menck’s MHU 3500S.

Once completed, the offshore wind farm Sandbank will provide electricity to approximately 400,000 households.

Bilfinger has recently posted this video showcasing their activities within the project. 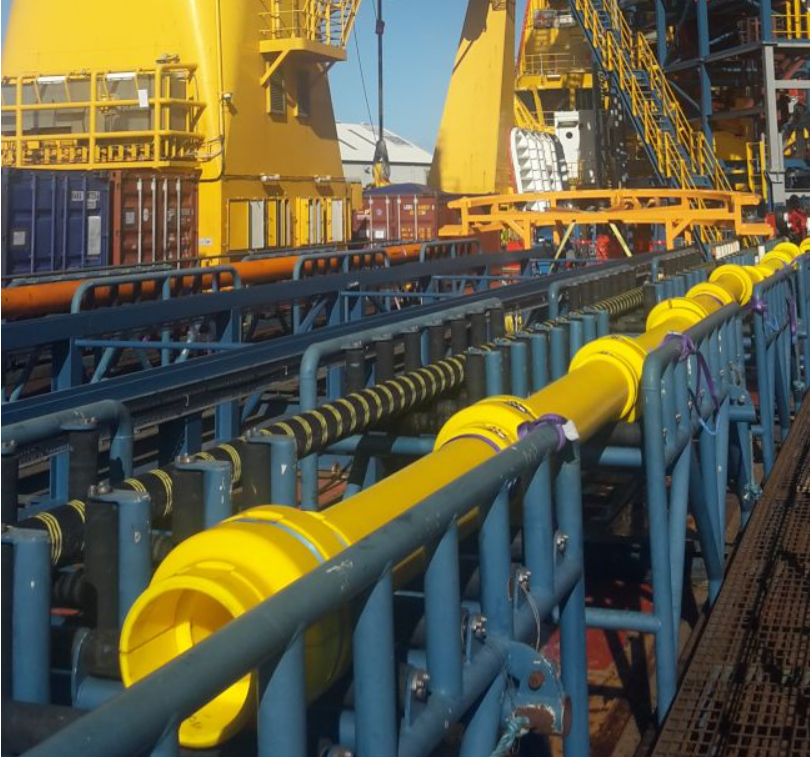