Back to overview
Home Dredging VIDEO: Float-off of the world’s biggest backhoe dredger

An exceptional operation was carried out in the Aabenraa Inlet last week. In a planned operation, a large semi-submersible freighter slowly submerged to prepare for the float-off of “Magnor”, the world’s biggest backhoe dredger.

The purpose-built freighter is constructed for this specific type of assignment and is able to carry vessels that are unable to manoeuvre under their own power.

For performing the float-off operation, the semi-submersible vessel ballasted to submerge its central section so the dredger could float off.

The operation started Thursday afternoon, and Friday at 11.30 a.m. the semi-submersible vessel was sufficiently submerged to enable tugboats to pull “Magnor” off the vessel. In addition, the freighter carried two tugs and two barges for the Fehmarn project. They were also discharged in the same operation.

A dredger with energy optimising power

The dredger has an exceptionally energy-efficient engine using less fuel and emitting less CO2. With a dredging capacity of up to 22 metres, it will be operating in both Danish and German waters.

With assistance from ”Magnor”, the 18-kilometre channel is expected to be completed in 2023.

The excavated material from the channel will be moved on barges to the south coast of Lolland to be reused for land reclamation and new natural resorts east and west of Rodbyhavn – as well as a minor land reclamation on the German island of Fehmarn.

The first tunnel element is expected to be submerged into position in 2024, and the Fehmarn Tunnel will be inaugurated in 2029 provided everything proceeds according to plan. 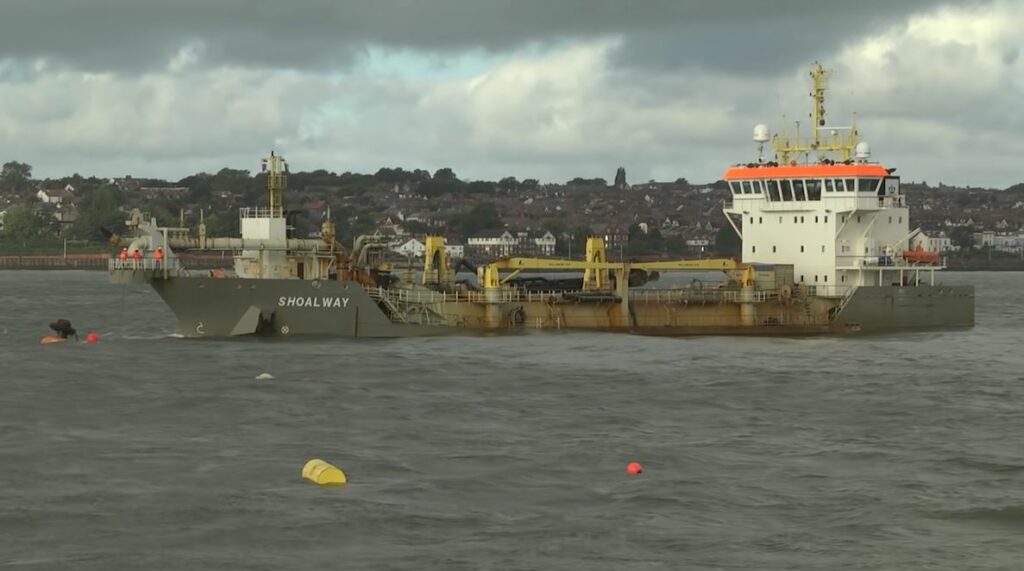