Wärtsilä, the marine industry’s leading solutions and services provider, has been contracted to supply a combined inert gas generator and gas combustion unit for two new liquefied natural gas (LNG) carriers being built at the DSME yard in South Korea. The ships will be owned by Canada based Teekay Corporation, one of the world’s largest marine energy transportation, storage, and production companies. The contract was signed in May 2013.

The concept of combining the two systems was developed by Wärtsilä in cooperation with DSME, and the system burns the boil off gas using an already existing Wärtsilä Moss inert gas generator. In so doing, it eliminates the need for a conventional gas combustion unit thus providing capital expenditure savings for the customer.

“This is a uniquely integrated system, which gives Wärtsilä a distinct competitive edge. In being awarded this valuable contract, our many years of experience with gas burning systems was a key consideration. Our Wärtsilä Moss inert gas systems have rightly earned their strong reputation in the market,” says Juha Kytölä, Vice President, Environmental Solutions, Wärtsilä Ship Power.

Delivery of the Wärtsilä equipment is scheduled to begin in autumn 2014. The new 173,400 cbm vessels will be among the largest LNG carriers able to use the expanded Panama Canal, thereby aiding the export of natural gas from the USA. Inert gas generator systems are used to prevent the gas mixture in cargo tanks or bunkers from reaching a range where explosions could occur. Inert gas maintains the oxygen content of the tank atmosphere below 8 per cent, thus making the air and hydrocarbon gas mixture in the tank too lean to ignite. Nitrogen generators are then used to supply dry air and oil-free inert gas for purging, pressurising, and blanketing functions.

With the acquisition of Hamworthy in 2012, Wärtsilä’s offerings now include the entire gas value chain with the provision of upstream technology including submerged pumps, small scale LNG liquefaction, regasification and LNG fuel systems. Combined with Wärtsilä’s dual-fuel engine technology this expanded scope of supply is delivering the benefits of LNG along with operational flexibility. 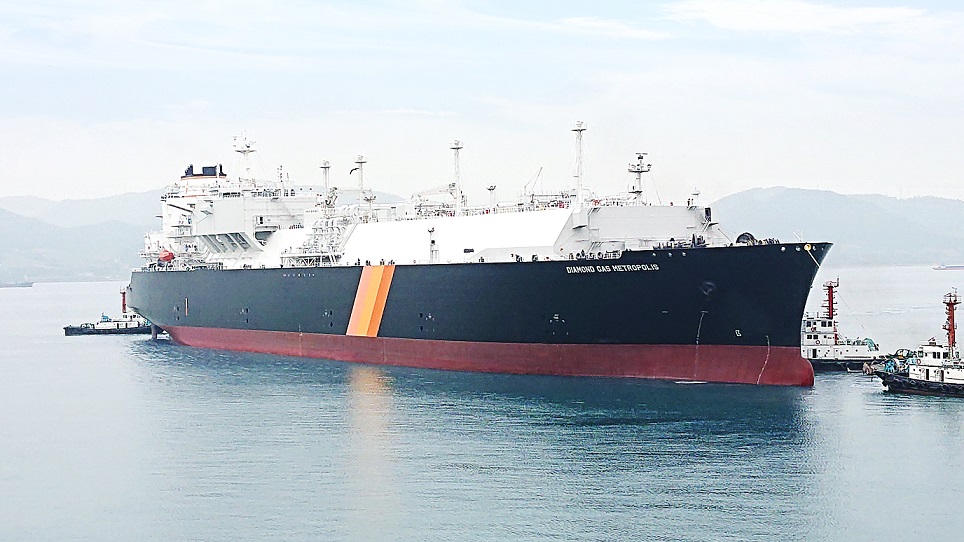