Amongst other things, Damen was required to extend the vessel by 5 metres. This involved the yard cutting the hull in two and inserting in new steel sections. Damen was also required to widen the beam of the vessel – using a series of side boxes – to give additional stability and cargo capacity.

The yard integrated 35 new silos and a big bag hold, enabling Eidsvaag Opal to transport up to 2,800 tonnes of fish feed. Damen also outfitted the vessel with five new cranes and a discharge system of conveyors, buckets, elevators and a discharge arm.

The project also required considerable electrical work, carried out by FMJ Marine Automation. The supplier removed some 480 cables – approximately 15 kilometres – from the old cargo systems alone. In total, the company pulled 51 kilometres of cable and connected 1,237 cables on the project.

Coincidentally, Damen built the PSV back in 2013.

The project required considerable steelwork, totalling 875 tonnes. The Eidsvaag Opal conversion project was given an additional layer of complexity by the coronavirus epidemic.

This required the yard to cease work on the project for one week, in order to implement robust safety measures and continue with minimum danger to health.

Damen said that the project took a total 346 days.

In week 43, the Eidsvaag Opal underwent her first loading in order to test the new system. The test involved the vessel carrying 180 tonnes of feed in the silo and 55 tonnes in big bags.

Damen said that the loading went well, requiring only small adjustments to the loading equipment in the big bag room. The feed was unloaded at a fish farm close to Tromsø, at which point the capacity and quality was approved by the product owner.

During a second test a week later, a bigger load was transported for the second test – some 700 tonnes.

The vessel will operate in the Fjordfrende collaboration, operated by Eidsvaag for Skretting and Cargill. As a result, the two companies will reduce their CO2 emissions by one fifth, some 10-20 million kg CO2 per year. 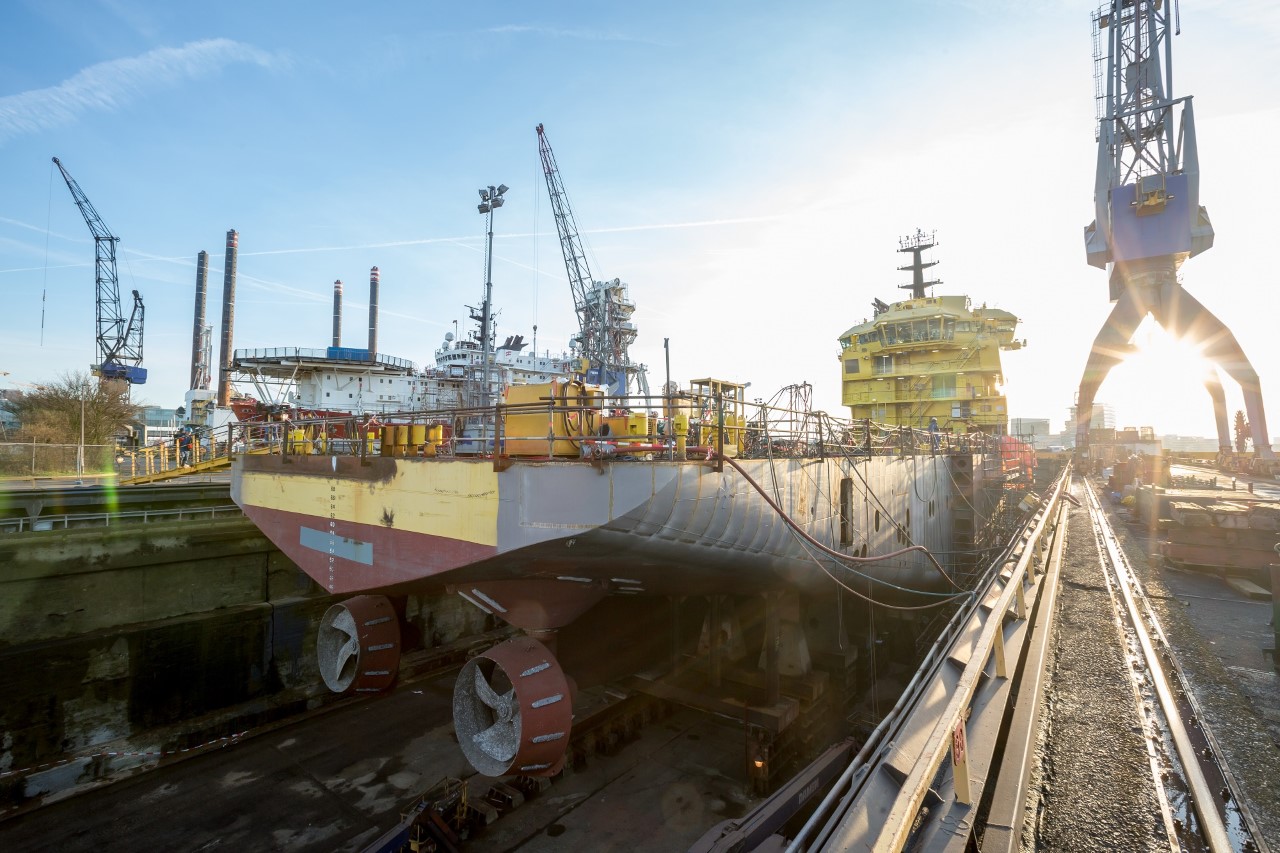