The new 49,999 dwt tanker Mari Innovator measures 186 meters in length and its width is 32 meters. It is equipped with a propeller boss cap fin to enhance propeller efficiency, speed/fuel pilot and frequency-controlled pumps and fans.

Furthermore, the vessel is fitted with a power factor compensator for the alternators which brings its power factor to 0.96 (compared with the average 0.84 for most ships), and is expected to save 11% more energy, according to Marinvest.

The IMO estimates that methanol will be “ the fourth most significant marine fuel used and is growing.”  Known to be sulfur-free, methanol — if produced from renewable green sources — has the potential to bring the industry to a level of carbon neutrality. 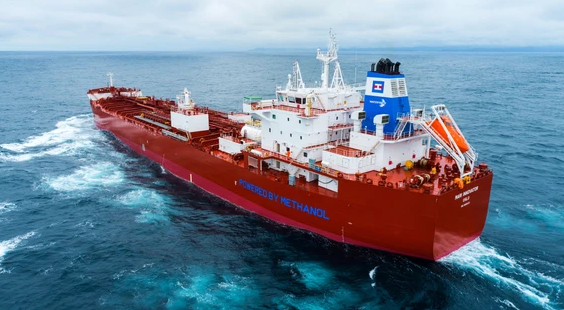