WESE project has completed an environmental monitoring campaign for the WaveRoller wave energy device deployed off the coast of Portugal.

Following the monitoring plans developed earlier in the project, a two-day monitoring campaign was undertaken by WavEC Offshore Renewables around the WaveRoller device from the Finnish developer AW-Energy in Peniche.

On the first day, 16 October 2020, acoustic monitoring was performed simultaneously to the decommissioning of WaveRoller – for maintenance purposes – to assess the noise emitted during the activities.

Underwater sound emissions were monitored by means of static underwater measurements for a period of 9-10 hours.

Static measurements consist in the deployment of a passive acoustic sensors moored in a specific location and for a long period of time. Salinity and water temperature profiles were performed as complementary data of underwater noise measurements, according to Wave Energy in Southern Europe (WESE) project.

On the second day, 17 October 2020, an ROV campaign was undertaken for the seafloor integrity monitoring to allow evaluating possible alterations of the seafloor by the presence of the device and by mooring cables.

WavEC’s ROV was used to collect videos – each about 30 minutes long – along five transects/areas near to the WaveRoller. It included the device and its foundation, mooring cables and the electrical cable.

The analysis of the data collected will support the development of models for the analysis of potential cumulative pressures and environmental impacts of future larger scale wave energy deployments. 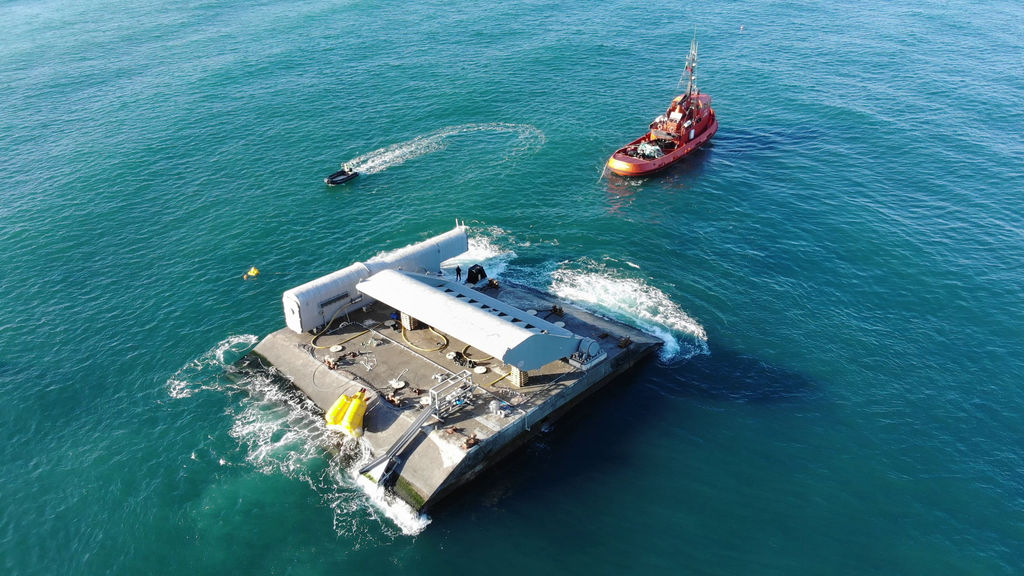