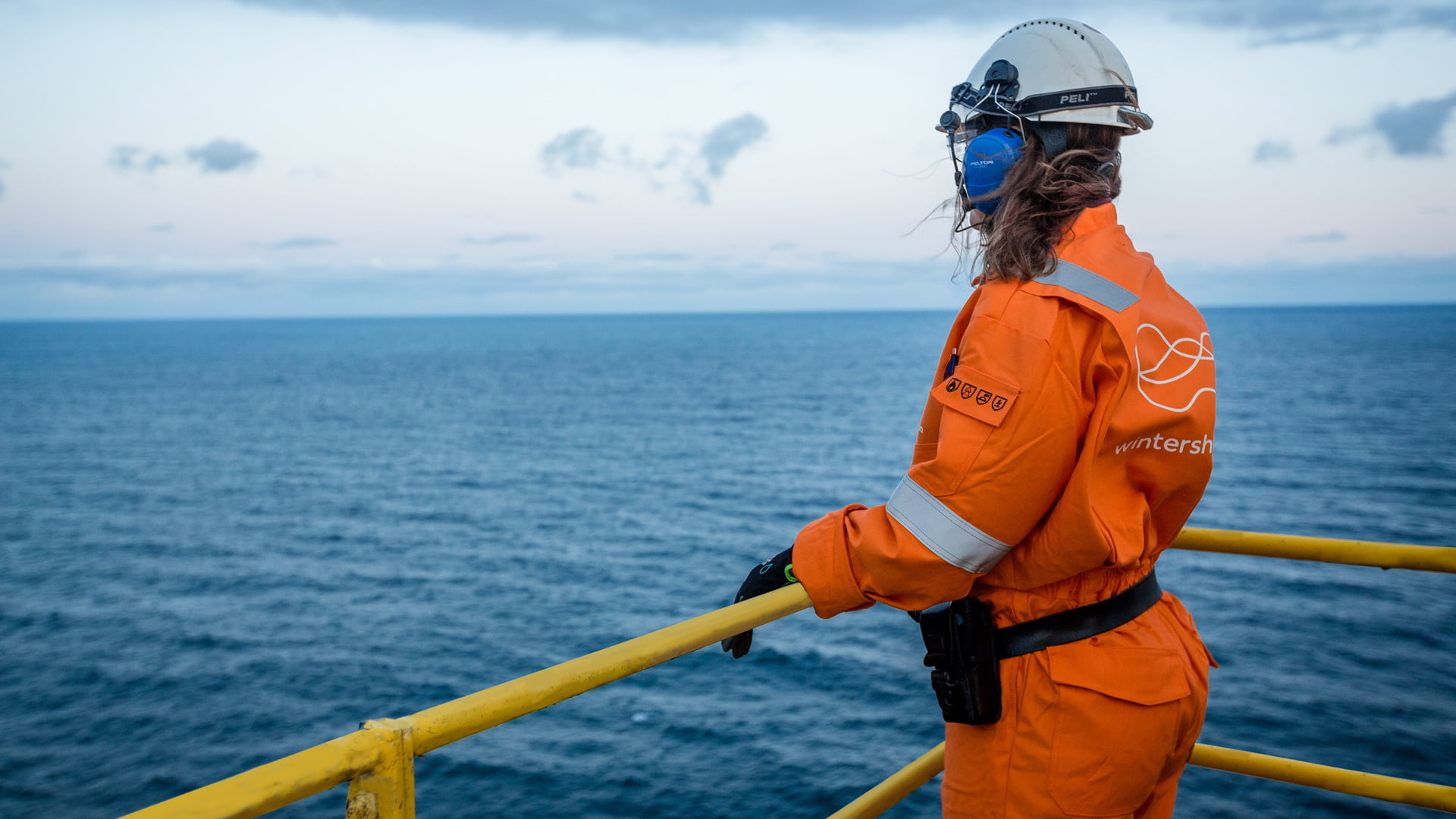 Germany’s oil and gas company Wintershall Dea is putting the wheels into motion to decarbonise the country’s industry with the help of hydrogen and carbon capture and storage (CCS) thanks to its latest project, which will enable these two methods to work in tandem to shape the future of the Wilhelmshaven Energy Hub.

The announcement about this project comes after German Chancellor Olaf Scholz disclosed in late February 2022 the country’s plans to build two liquefied natural gas (LNG) terminals in the near future in an effort to reduce its dependence on Russian gas. At the time, Olaf Lies, Lower Saxony’s Energy Minister, pointed out that a change in energy policy was required due to the current geopolitical crisis to avoid energy policy blackmail attempts.

In an update on Wednesday, Wintershall Dea revealed that it is planning a new project to produce clean hydrogen in Germany and store carbon dioxide underground in the North Sea. The company believes that CO2 emissions must be reduced while industry and households continue to need a flexible and secure energy supply, thus, these goals need to be achieved in a way that strengthens Europe’s energy security, independent of global dynamics.

Wintershall Dea’s new project, BlueHyNow, will be developed on the German North Sea coast at Wilhelmshaven, which already boasts strong, networked infrastructure, including two nearby landing points for gas from Norway, the possibility of hydrogen storage in neighbouring facilities, and a direct link to the planned German hydrogen network. In addition, Wilhelmshaven has a deep-water port where large tankers can dock and CO2 can be transported.

The firm also informed that the work on setting up Germany’s first liquefied natural gas (LNG) terminal in the coastal town in Northern Germany is now starting. Uniper is in charge of building and operating this LNG terminal, investing about $68.9 million in the two-phase project.

Mario Mehren, Wintershall Dea’s Chief Executive Officer, remarked: “Our project stands for progress. For Germany’s net-zero emissions targets, for Germany’s industrial competitiveness, and for a safe, secure and flexible energy supply. With this project, we will strengthen the existing Wilhelmshaven energy hub and take a major step towards a clean, climate-friendly future.”

Wintershall Dea plans to produce eco-friendly hydrogen from natural gas at the Wilhelmshaven energy hub with the BlueHyNow project, aiming to produce over 200,000 cubic metres of hydrogen per hour, which equates to 5.6 TWh per year. This is around three times the energy consumption in 2019 of the Volkswagen plant in Wolfsburg, Germany. The German player further stated that the plant at Wilhelmshaven will be operated using green wind power from the North Sea.

Moreover, the produced hydrogen will be fed into the pipeline network and supplied to industrial customers, who will reduce their CO2 emissions with this decarbonised fuel. Once the CO2 has been separated during the production of hydrogen, it will be shipped by sea to offshore locations in Norway and Denmark and stored under the seabed in underground reservoirs.

With the setting up of this CO2 storage infrastructure, the project will enable the storage of unavoidable CO2 emissions from energy-intensive industries. Wintershall Dea is of the opinion that it could even facilitate negative emissions if bioenergy is used with carbon capture and storage (BECCS).

Germany’s hydrogen demand on the rise

According to Wintershall Dea, hydrogen is regarded as a key element of a climate-neutral energy supply, however, Germany is facing a looming and significant capacity gap without new projects like BlueHyNow.

Based on recent forecasts, the country’s hydrogen needs will rise from a current 55 TWh per annum to between 90 and 110 TWh by 2030, while the current European initiatives – following Russia’s invasion of Ukraine – such as REPowerEU or the new gas package, open the door for this projected demand to rise even further. If the European Union goes ahead with the proposed ban on all Russian oil imports, which aims to phase out Russian crude oil within six months and refined products by the end of the year, this could increase the demand for hydrogen and other clean fuels even further.

Based on Wintershall Dea’s statement, the current plans in the German government’s coalition agreement will add around 28 TWh of hydrogen a year. The company also believes that BlueHyNow will be enabled to respond flexibly to production outages and secure the supply of hydrogen if green hydrogen imports increase in the long term.

“Industrial customers need certainty that they will be able to obtain sufficient quantities of hydrogen in the near future. Otherwise, there is the risk that Germany’s national hydrogen strategy will become futile. We need hydrogen from diverse sources, with competitive production. Climate-friendly hydrogen from natural gas is an essential part of the solution,” added Mehren.

Wintershall Dea sees BlueHyNow as a part of its portfolio of energy efficiency and climate protection projects, where hydrogen and CCS play a key role.

Klaus Langemann, Head of Carbon Management & Hydrogen at Wintershall Dea, commented: “Wilhelmshaven is an ideal location for BlueHyNow and can also be expanded into a logistics collection point for CO2. Unavoidable CO2 emissions from all over Germany can be pooled there and shipped from Wilhelmshaven to be stored safely. That would make a significant contribution to decarbonisation in Germany.”

As it is believed that the North Sea could store 50 times more CO2 than was emitted in the entire EU in 2020, Wintershall Dea claims that there are highly promising CO2 reservoirs off the German North Sea coast, outside Germany’s territorial waters, but within its own exclusive economic zone. As studies put the total CO2 storage potential in the German North Sea at around 2.9 billion tonnes, the German company is in favour of modernising the legal framework, so that, offshore CCS can also be implemented in Germany.

In line with this, the firm has already identified suitable locations for establishing hydrogen production with links to the port in Wilhelmshaven so that CO2 can be shipped. Wintershall Dea is also involved in the Greensand project in the Danish North Sea, where up to 8 million tonnes of CO2 a year are to be stored in geological formations below the North Sea’s bed.

Additionally, the company is also active in Norway and is moving forward with its first CO2 storage licence application. Wintershall Dea hopes to achieve its goal to save 20 to 30 million tonnes a year by 2040 – equivalent to the CO2 emitted by around 20 million midrange cars – by undertaking these projects and employing other measures.

“Agora Energiewende estimates that in 2045, there will still be unavoidable CO2 emissions of 63 million tons in 2045. CCS is a feasible solution for these emissions,” concluded Langemann. 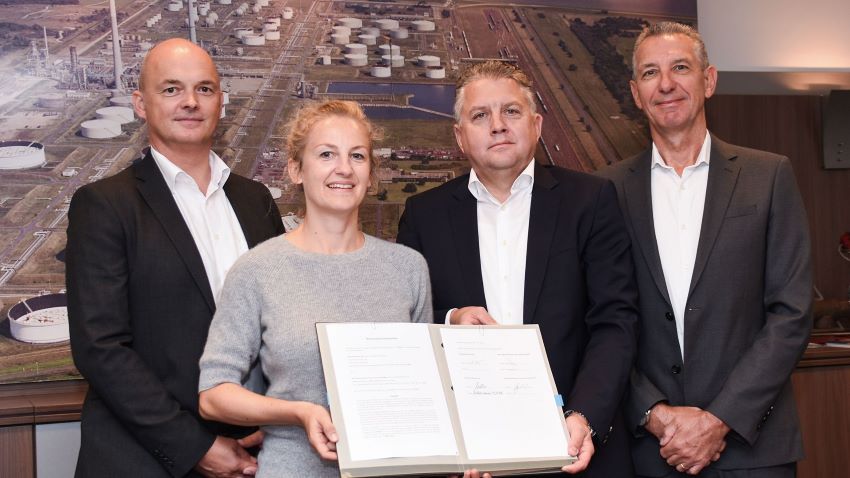