Australia’s Woodside Energy has found a buyer for a portion of natural gas to be produced from its Scarborough field, one of the most remote of the Carnarvon Basin gas resources, offshore W. Australia.

Woodside on Tuesday said it entered into a long-term gas sale and purchase agreement (GSPA) with W. Australia-based Perdaman for the supply of pipeline gas for a term of 20 years.

Woodside said the agreement was subject to a number of conditions and supply would start between 2023 and 2025. Execution of the GSPA follows a memorandum of understanding signed between Woodside and Perdaman in April 2018.

According to the Australian energy company, Woodside CEO Peter Coleman welcomed the finalization of the GSPA and said it demonstrated the company’s commitment to delivering domestic gas to further support investment in the Pilbara region and create local jobs.

“This is a significant domestic gas sale and represents another step towards the delivery of the proposed Burrup Hub. The realization of our vision for the hub will ensure that the world-class North West Shelf and Pluto facilities on the Burrup Peninsula are positioned to meet both domestic gas and global LNG demand for decades to come,” he said.

Perdaman is based in Western Australia and is proposing to build a two million tonne per annum urea plant on the Burrup Peninsula. Perdaman is part of the multi-national Perdaman Group.

As for the Scarborough development, Woodside in a recent 3Q presentation said it was, as part of the Scarborough joint venture, evaluating proposed commercial terms to utilize LNG processing infrastructure on the Burrup Peninsula.

Per Woodside, concept definition studies and engagement with potential FEED contractors for the Scarborough project continue to support targeted FEED entry in 1Q 2019.

Woodside earlier this year took over operatorship of the remote Scarborough field located approximately 220 kilometers northwest of Exmouth in 900 meters of water.

It is one of the most remote of the Carnarvon Basin gas resources. Woodside first bought a stake there in 2016 from BHP Billiton, but in 2018 it also bought out ExxonMobil for more than $400 million, becoming the operator with a 75% interest in Scarborough.

The Scarborough area contains the Scarborough, Thebe and Jupiter gas fields, which are estimated to contain gross (100%) contingent resources (2C) of 9.2 Tcf of dry gas.

Five years ago in 2013, Exxon and BHP Billiton, then the sole partners in the Scarborough area, had received the environmental approval for the Scarborough field development via what was to be the world’s largest FLNG facility. The FID had been slated for 2014-2015, but the collapse in oil prices then forced the partners to pull the breaks on the project.

The FLNG options are now off the table, as Woodside has shifted focus towards its existing onshore infrastructure – Burrup Hub – for the development of the Scarborough area.

Woodside is proposing to develop the Scarborough resource with 12 subsea, high-rate gas wells tied back to a semi-submersible platform moored in 900 m of water.

The ~20,000 t topsides would have processing facilities for gas dehydration and compression to transport the gas through a ~400 km pipeline to the Woodside-operated Pluto LNG facility.

Woodside has previously said that the first production from the development was expected in 2025, to meet what Woodside expects to be a global LNG supply gap.

Woodside, with its partner BHP Billiton, plans to make a final investment decision for the project in 2020. The company has said the cost of development of the Scarborough field could fall in the range between $8.5 billion and $9.7 billion. 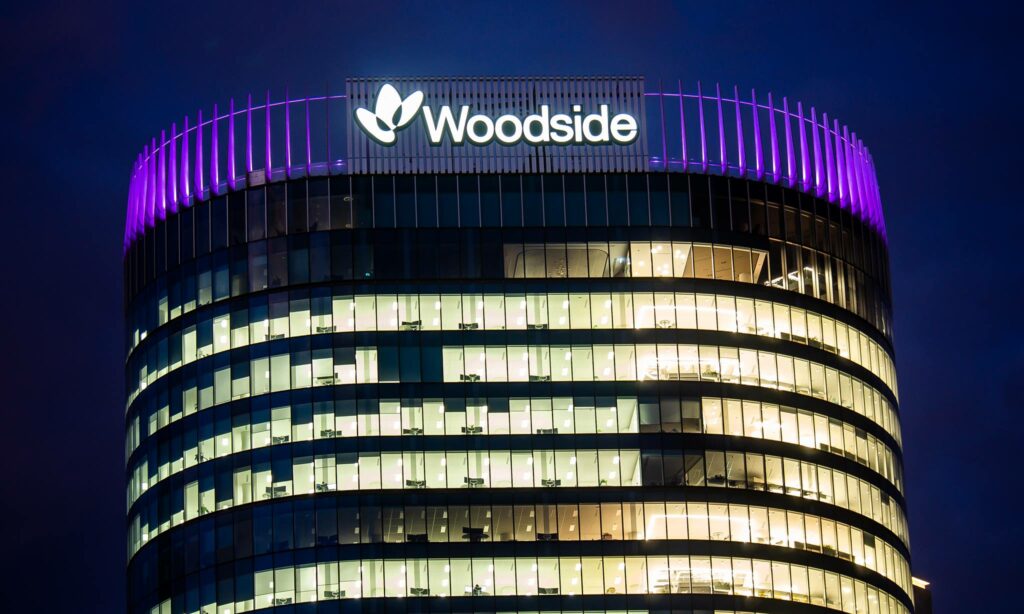