A worker reportedly lost his life while scrapping an FPSO vessel, formerly owned by BW Offshore, at an Indian beaching yard on 21 April, a report from an NGO has revealed. However, BW Offshore has said that the incident “was unrelated to the ongoing recycling of former BW Offshore FPSOs at the yard.”

NGO Shipbreaking Platform informed in a report on Wednesday that the accident happened at Priya Blue Industries shipbreaking yard in Alang, India. The NGO describes itself as a coalition working to reverse the environmental harm and human rights abuses caused by shipbreaking practices and to ensure the safe and environmentally sound dismantling of end-of-life ships,

“According to local sources, a nitrogen tank removed from the vessel violently exploded and killed the worker on the spot,” the NGO said.

BW Offshore sold the FPSO Cidade de São Vicente to Priya Blue Industries in February at a price of $12.8 million after a cold-lay-up in Oman and unsuccessful attempts to negotiate a new contract in Brazil, where the unit operated for eleven years under charter for Brazilian giant Petrobras.

Following the sale, BW emphasised that the Indian yard was certified to ISO standards and issued with a statement of compliance by ClassNK in accordance with the IMO Resolution MEPC.210(63) and the Hong Kong International Convention for the safe and environmentally sound recycling of ships.

The NGO claims that the FPSO was sold to the Indian yard despite having been offered a more sustainable solution for its recycling when it was in the Middle East by newcomers Elegant Exit Company at the Bahrain-based ASRY dry-dock and SULB steel production facility.

The FPSO changed its name to VICE and its flag to St Kitts and Nevis before it was ramped up on the Alang tidal mudflat.

According to the NGO, Priya Blue Industries was amongst the first yards in India to obtain the statement of compliance from Japanese ClassNK and is also a member of the Sustainable Shipping Initiative since 2018.

However, the NGO claims that recent audit reports by the European Commission have highlighted a series of structural deficiencies at the Alang shipbreaking yards, including Priya Blue Industries, related to the lack of infrastructure to contain pollutants in the primary cutting area, the non-existence of capacity to handle several hazardous wastes originating from ships downstream, the absence of medical facilities and breaches of labour laws.

In 2019, the NGO Shipbreaking Platform documented another fatal accident at Priya Blue Industries, and Dutch investigative program Zembla uncovered that same year the shocking conditions under which the scrapping of the mercury-laden FSO tanker Yetagun took place in another site owned by Priya Blue, the NGO said.

The organisation further noted that, in what is a significant improvement, Dutch SBM Offshore, owner of the Yetagun, had radically changed its recycling policy after the revelations of Zembla by banning the use of beaching yards and only allowing the scrapping of its offshore assets at yards that use a dry-dock or the landing on a concrete slope with a drainage system.

Ingvild Jenssen, Executive Director at the NGO Shipbreaking Platform, commented: “We encourage BW Offshore and BW Group to follow SBM’s example and ensure that their end-of-life fleet is managed exclusively in facilities that can ensure the highest environmental and social standards.

Jenssen added: “Shipowners – and their brokers – have an obligation to conduct due diligence when selecting business partners. When safer alternatives to beaching exist, ignoring the social and governance failings in Alang and contributing to the greenwashing of an outmoded and polluting method for the sake of more money is simply not acceptable anymore.”

Offshore Energy has reached out to BW Offshore, seeking comment on the incident. At the time of writing, we received no response. However, BW Offshore has now released a statement regarding ship-recycling reports. The statement in full reads:

“The company can confirm that it, on April 21, was informed about a fatal accident at Priya Blue plot V1. The accident was unrelated to the ongoing recycling of former BW Offshore FPSOs at the yard. The company’s representatives at the yard did not witness the event. They are in close contact with the yard about the ongoing investigation and have offered their assistance. Further questions about the accident should be directed to the management of Priya Blue plot V1.”

Offshore Energy has also reached out to Priya Blue seeking comment and further details about the incident as well as NGO Shipbreaking Platform.

A spokesperson for NGO told us that the only ship currently at the Priya Blue plot V1 is the FPSO Cidade de Sao Vicente.

The spokesperson also told us that the NGO expects BW Offshore to issue a detailed investigation report and take proper responsibility for this tragedy, “which took place at a yard they selected and that is currently only scrapping their vessel.”

A spokesperson for Priya Blue told us that “the accident happened at the secondary cutting zone and not on any of the vessels currently being recycled within the facility” and added that “a thorough independent investigation by the relevant authorities is underway.”

Back in February 2022, NGO released new data, revealing that the vast majority of ships continued to be broken under conditions that pollute and expose workers to immense risk. The report revealed that 763 ocean-going commercial ships and floating offshore units were sold to the scrap yards in 2021. Of these, 583 of the largest tankers, bulkers, floating platforms, cargo- and passenger ships ended up on the beaches of Bangladesh, India and Pakistan, amounting to near the totality of the gross tonnage dismantled globally. 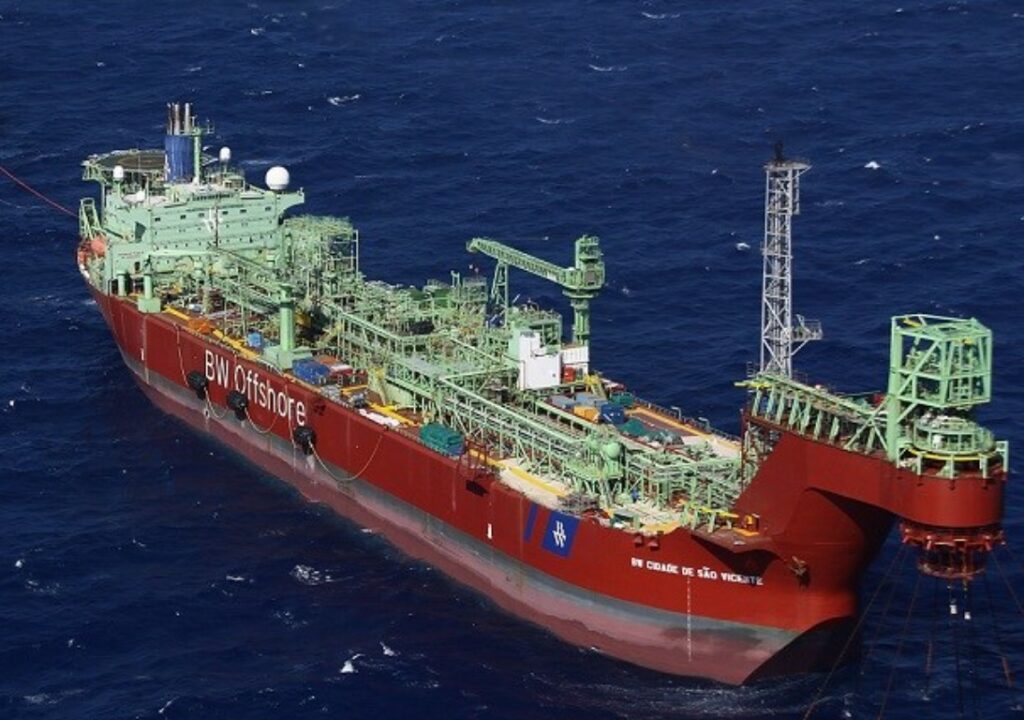