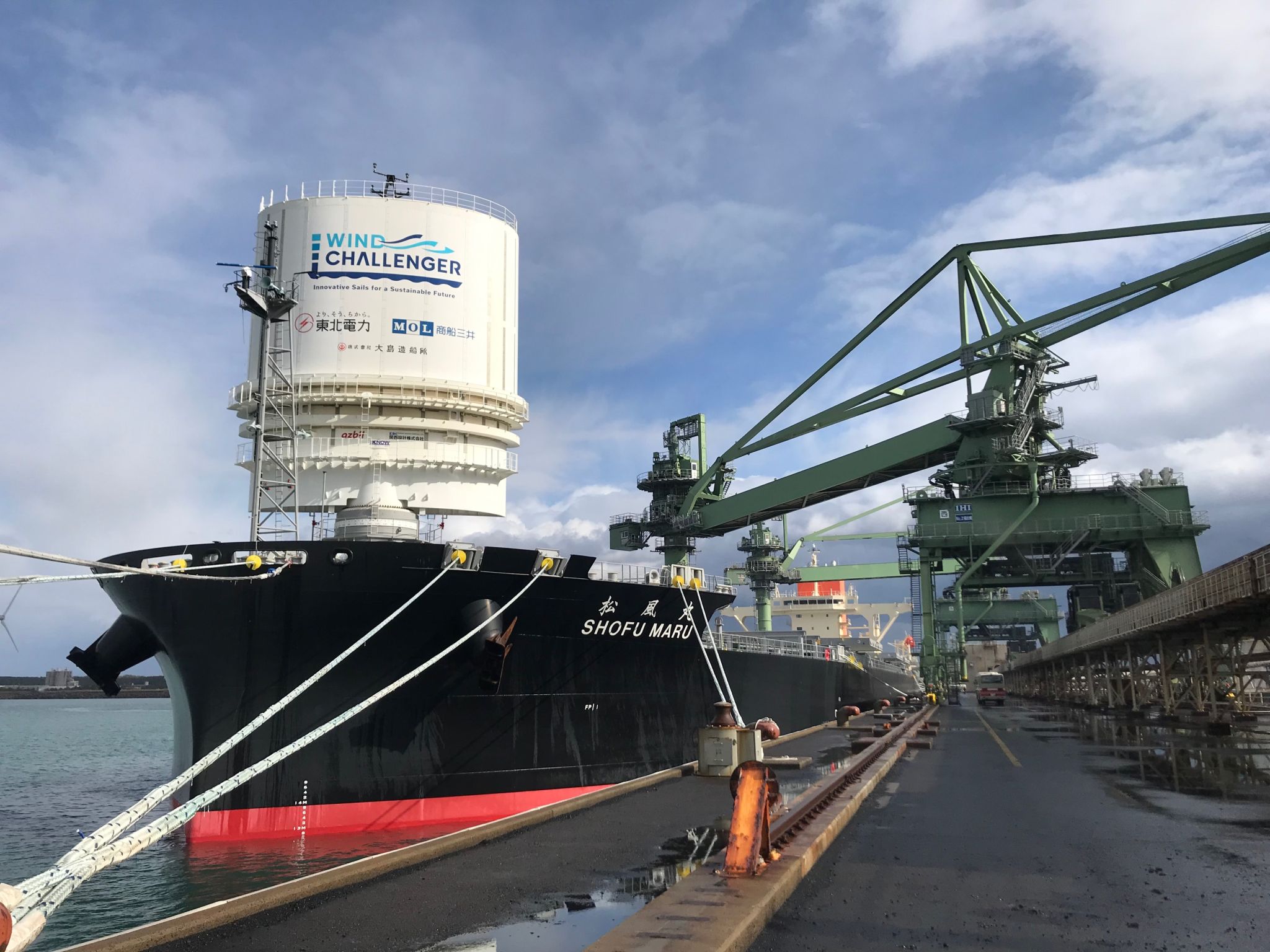 The world’s first bulker equipped with Wind Challenger, a hard sail wind power propulsion system, has completed its maiden voyage round trip back in Japan, Port of Noshiro.

The 100,000DWT bulker was delivered and started operation this October. The naming and handover ceremony was held at Oshima Shipbuilding.

As part of its maiden voyage, the vessel recently called at the Port of Newcastle.

Shofu Maru is fitted with the so-called Wind Challenger system,  a telescoping hard sail that harnesses wind power to propel the vessel. The system converts wind energy directly to a propulsive force.

By installing the system, it is possible to reduce the amount of fuel used for operation, which is expected to reduce environmental impact and improve economic efficiency.

MOL estimates that the technology will reduce greenhouse gas (GHG) emissions by about 5% on a Japan-Australia voyage and by 8% on a Japan-North America West Coast voyage, compared to a conventional vessel of the same type. 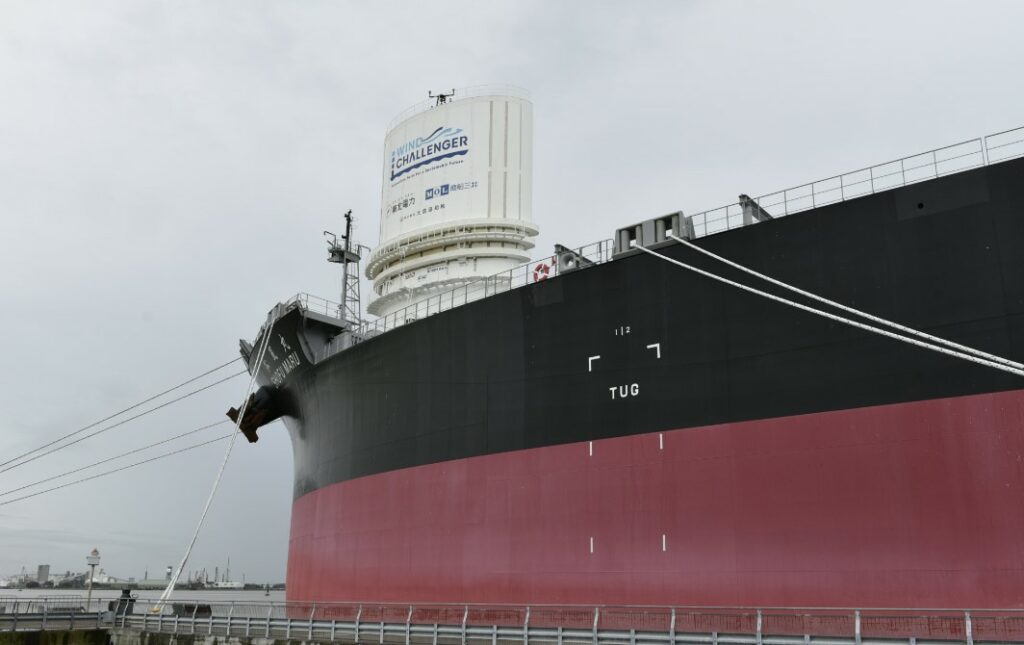 World’s 1st bulker powered by wind sails into Port of Newcastle
Posted: 3 months ago
MOL: Despite teething problems, effectiveness of Wind Challenger on par with expectations
Posted: 2 months ago
MOL to bolster its eco-friendly fleet with another transition-linked loan
Posted: about 1 month ago