The world’s largest semi-submersible crane vessel Sleipnir will arrive in the Port of Rotterdam for the first time on Saturday, March 21.

Sembcorp Marine, a Singaporean ship and offshore builder, completed the construction of Heerema’s Sleipnir in May 2019 and it set on its maiden voyage in July 2019.

Since then, the vessel worked on several projects like the 15,300-tonne topside lift for Noble Energy’s Leviathan development in the Mediterranean Sea off Israel. The vessel also installed the Peregrino C platform on Equinor’s Peregrino field offshore Brazil.

It is worth noting that Sleipnir’s lift of the Leviathan topside was a world lifting record by a crane vessel.

The semi-submersible vessel has two cranes onboard, each capable of lifting 10,000 metric tons.

Due to Sleipnir’s two large streamlined floats, the vessel can sail relatively quickly – on average, twenty kilometers per hour – with limited fuel consumption. The vessel is dual-fueled and can entirely run on LNG.

The Port of Rotterdam said on Wednesday that Sleipnir was arriving after a successful project execution in Trinidad. During its stay in the Port, the vessel will prepare for future decommissioning work across the North Sea.

“By using Sleipnir, Heerema is working on cleaning up retired drilling platforms in the cleanest possible way with their use of emission-reducing LNG. The vessel is due to depart at the end of March for the first of several jobs,” the Port of Rotterdam stated.

It is worth noting that Heerema’s vessels will soon be powered on 100 percent renewable energy during their stay in the Port of Rotterdam. This will be enabled through the ongoing Shore Power Caland Canal project in collaboration with Eneco.

The Port also stated that no visitors would be permitted to visit the vessel in order to protect the crew from the coronavirus outbreak. 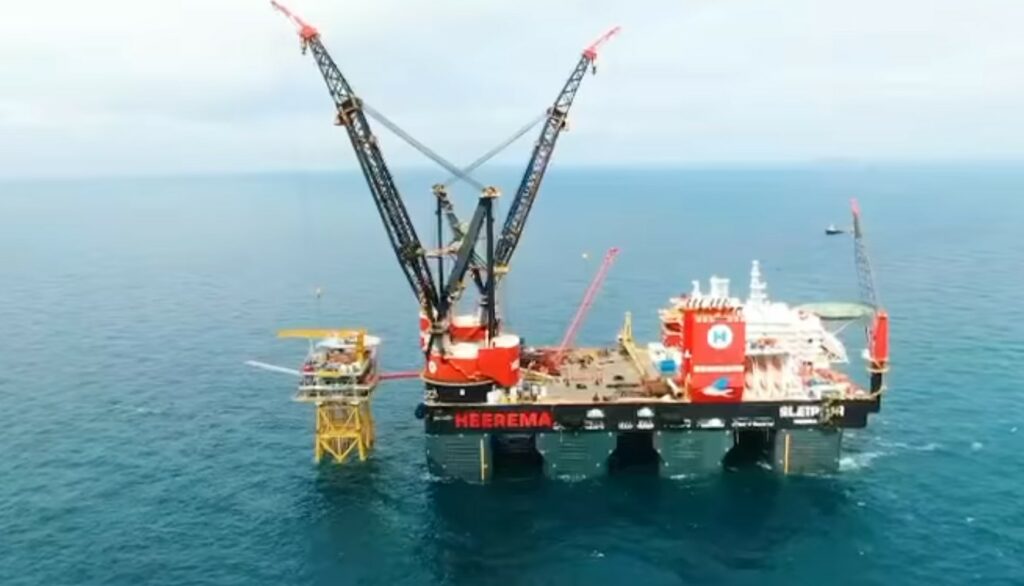