The Heerema Marine Contractors-owned Sleipnir, the world’s largest semi-submersible crane vessel, has installed Dana Petroleum’s new P11-Unity platform, which at 395 metric tons is one of the world’s smallest platforms.

Heerema was contracted in June 2020 for the transportation and installation of P11-Unity by HSM Offshore.

HSM Offshore fabricated the platform at its yard in Schiedam, The Netherlands.

The gas production platform with a two-deck topside will support two production wells and associated utility and control systems in the Dutch North Sea.

According to Heerema’s statement on Monday, Sleipnir lifted the P11-Unity platform from its deck to the seabed on 22 October. This operation took around an hour to complete.

P11-Unity will support the development of the Witte de With and Van Ghent East gas accumulations, using a new ‘back-to-basics’ design platform to produce two fields.

Heerema’s scope included the lifted load-out of the P11-Unity platform from HSM Offshore’s quayside at Schiedam. The lift was executed by Bonn & Mees on 15 October and the platform was loaded-out on to the 122 m long Heerema owned barge H-406.

After that, the P11-Unity platform was transferred to Sleipnir’s mooring location at the Port of Rotterdam by Müller, arriving on 17 October.

After the completion of the Tolmount installation for Premier Oil, Sleipnir arrived in the Port of Rotterdam to lift the P11-Unity platform on to the vessel’s deck on 19 October and secured the tripod for transportation to the offshore installation location.

The vessel mobilized on 22 October and after an eight-hour sail, Sleipnir arrived on location, in Block P11b, around 67 km off the coast of Scheveningen, The Netherlands.

HSM Offshore managed the construction and installation of the platform on behalf of Dana Petroleum, including contracting Heerema’s Sleipnir for the offshore scope.

The P11-Unity platform is a minimum facilities wellhead platform that was pre-commissioned onshore to minimize the offshore construction scope.

The platform is designed for marine access only, using similar principles to the offshore wind industry. It will be remotely operated from the host P11-B-De Ruyter platform, also operated by Dana Petroleum.

The P11b Unity Development Project expects first gas in the second half of 2021. 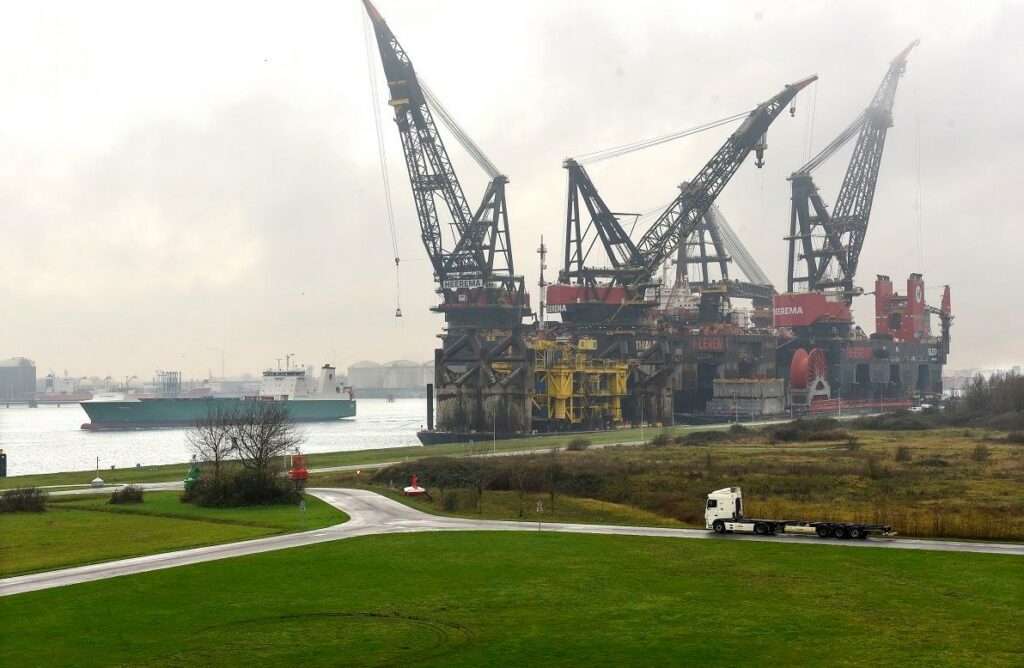