Argentine energy company YPF has reached a preliminary agreement with the US-based LNG company Excelerate Energy for the charter of an LNG carrier.

As informed, the 138,034 cbm LNG carrier Excalibur will export LNG from the Tango FLNG unit, located in Bahía Blanca, to the global natural gas market.

Both parties will be executing the final agreement in the coming days, with the objective of starting operations the first week of September.

“We continue progressing in our ambition to add value to Argentine natural gas and to export surpluses during those months of low local consumption, to fully extract the potential as producer and exporter of Argentine natural gas,” Marcos Browne, Executive Vice President of Gas and Energy of YPF, commented.

The natural gas, produced mainly from Vaca Muerta, will be processed by the Tango FLNG unit at the “Mega” port in Bahía Blanca, and from there, it will be transported by the 2002-built Excalibur.

The loading of YPF’s product to the LNG carrier will be carried out through an operation that will last approximately 45 days.

As part of this agreement, the vessel provided by Excelerate will be in the service to YPF until May 2020. It will be one of two ships that YPF will utilize to transport Argentine LNG to the global market.

YPF commissioned its first cargo in May, achieving a historic milestone, becoming the first Argentine company to export LNG in its history. 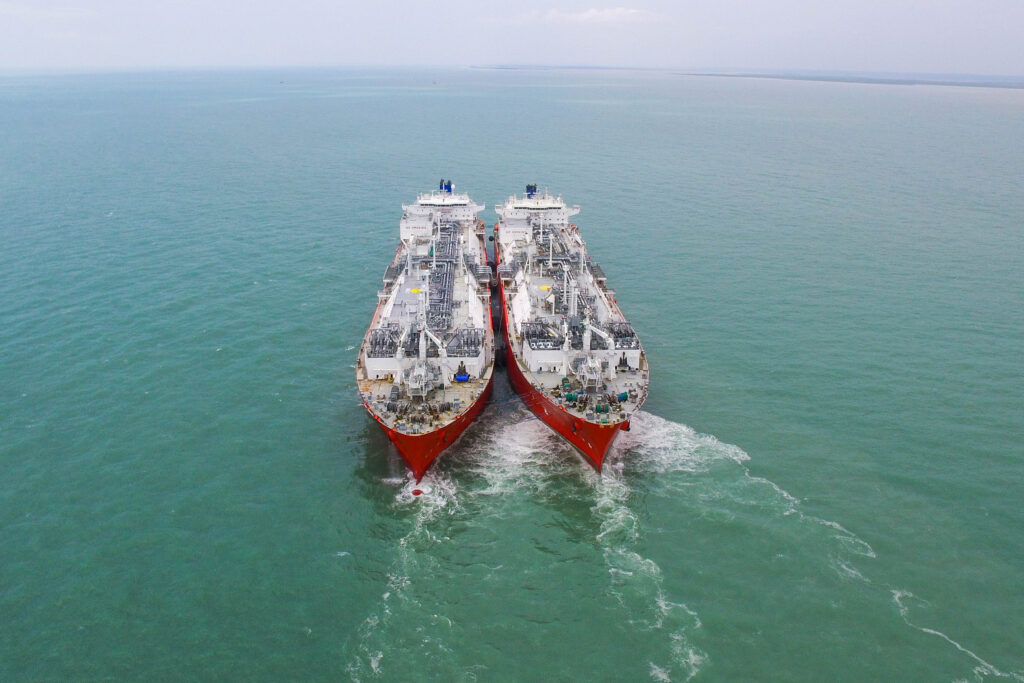