Houston-based marine engineering firm Zentech has been awarded an engineering and project management scope for the conversion of the Key Gibraltar jack-up rig to a mobile offshore production unit (MOPU) for deployment in the HOEC-operated B-80 field, offshore Mumbai.

The 1976-built Key Gibraltar jack-up rig was previously owned by Shelf Drilling before it was sold in 1Q 2019 together with Adriatic X for total net proceeds of $5.6 million and recognized a gain of $2.9 million.

Zentech said last Tuesday that the contract award would ensure that Hindustan Oil Exploration Company (HOEC) would receive a production facility that would help in the delivery of the pioneering B-80 marginal field development.

This will also mark the first successful deployment of a MOPU in India by a private entity, according to Zentech.

The project is expected to be completed in time for achieving first oil by June 2020.

“We are very excited to work with HOEC on this venture, bringing a first-of-its-kind MOPU conversion to Offshore India. We see a bright future for both of our companies,” said Ramesh Maini, CEO of Zentech Incorporated.

HOEC has developed and operated multiple oil and gas fields in India and hopes to continue the success with B-80 and other marginal field developments in the coming years.

HOEC submitted its field development plan (FDP) for offshore block B-80 to the country’s Directorate General of Hydrocarbon (DGH) in November 2017.

Development of this discovered field will be executed in two phases. Under phase – 1, two new offshore wells will be drilled, a mobile offshore process unit will be installed and the processed oil and gas will be transported by connecting to nearby oil and gas pipelines of ONGC for delivery to customers at an estimated capital investment of about $43 million over a period of 30 months.

HOEC has also already awarded a contract to Expro, which will include the build, maintenance, and operation of a production handling facility on the mobile offshore production unit as well as all topside processing equipment. 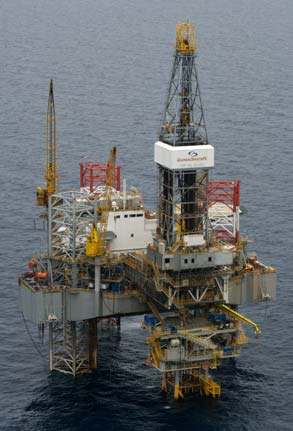