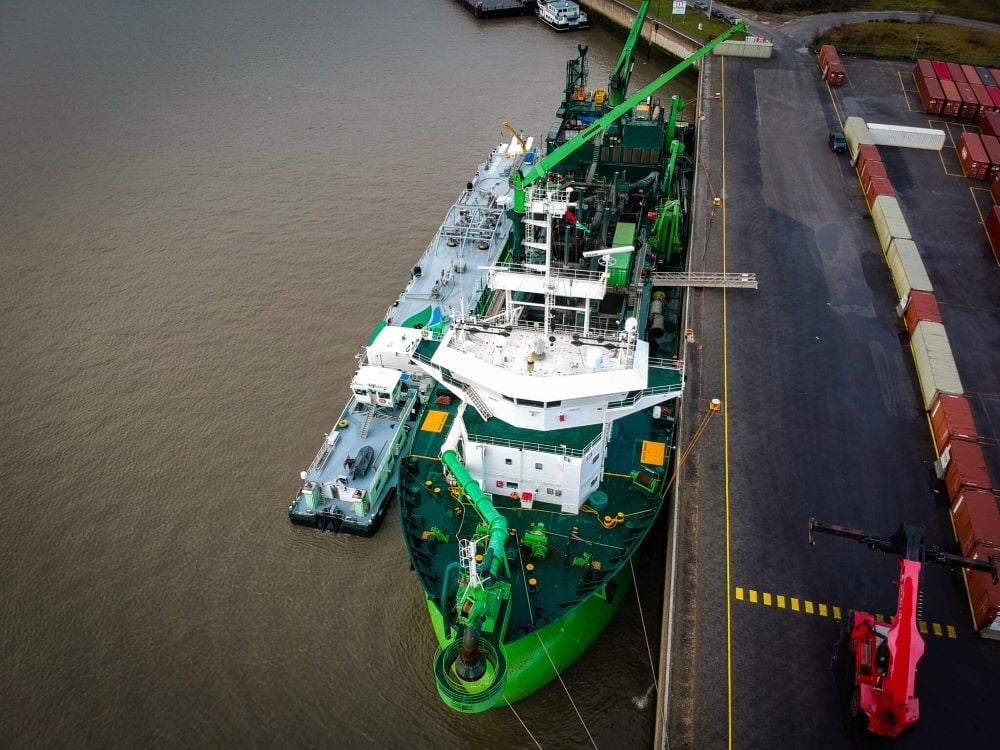 Back to overview
Home LNG 185 global ports can bunker LNG

Ports around the world are ramping up their efforts to develop LNG bunkering infrastructure as demand for LNG-fuelled ships hits new highs.

Insights from the shipbroker show that 61% of tonnage ordered last year (35% by number) was alternatively fuelled. Over half of tonnage ordered (397 orders, 36.7m GT) was LNG dual fuel, and 1.4% of orders were LNG “ready” (31 orders).

Based only on existing orders, DNV forecasts the number of LNG-fuelled ships will reach 876 by the end of this decade.

However, if current growth trends continue, LNG bunkering coalition SEA LNG believes the market can expect to see 2-4,000 LNG-fuelled ships in operation by 2030.

By the end of 2022, there were 40 LNG bunker vessels operating in northern Europe, the Mediterranean, United States, Canada, South Korea, Japan, Malaysia, China, Singapore, Brazil, and Australia. In addition, 2022 saw commercial ship-to-ship bunkering of LNG taking place for the first time in China, the Caribbean, and Russia.

In March 2022, the Clean Canaveral LNG bunker barge completed its inaugural bunkering in Jacksonville, Florida, in the first barge-to-ship cool down operation performed in the U.S. The vessel is owned by Polaris New Energy, a subsidiary of Seaside LNG Holding.

A number of LNG bunkering ships are under construction, including two at Fincantieri Shipyard, one for Polaris New Energy LLC (5,500 cbm) and another for Crowley (12,000 cbm) (charter to Shell).

Knutsen has partnered with Scale Gas on a 5,000 cbm newbuild, Haugesund Knutsen, which will operate from the Port of Barcelona on charter to Shell. The vessel was delivered earlier this month.

Mitsubishi Shipbuilding Co. concluded a contract with KEYS Bunkering West Japan Co. for the construction of an LNG bunker vessel, the first to operate in western Japan. The vessel will be built at MHI’s Shimonoseki Shipyard & Machinery Works, with handover scheduled for March 2024.

SEA LNG explained that LNG offers a credible pathway toward decarbonization of shipping as existing infrastructure can transport, store and deliver carbon-neutral bio-LNG and renewable synthetic LNG (e-LNG). These fuels can also be used as a drop-in fuel for LNG-fuelled vessels or blended with fossil LNG without any additional investment.

“Many advocates of alternative fuels suggest that the shipping industry will be able to move in a single step from fossil to zero-emission, renewable fuels. This is extremely unrealistic as the fuels and infrastructure needed to support them are likely to take many years to scale. Decarbonisation is much more likely to take place incrementally as the carbon intensity of fuels are gradually reduced through the addition of low and zero-emission drop-ins,” SEA LNG said.

Premium
A year in review for methanol as marine fuel: 82 ships by 2028
Posted: about 1 month ago
Construction starts on Seaspan’s 1st LNG bunker vessel at CIMC SOE
Posted: 5 days ago
Premium
MSC looking at LNG and methanol retrofits
Posted: 2 months ago