A fire broke out on board Panama-flagged bulk carrier MV Ever Judger while the 2014-built vessel was in Balikpapan waters, a seaport city on the east coast of the island of Borneo, on March 31.

The Indonesian Ministry of Transport said that it had managed to contain the fire on board the 82,000 dwt ship and prevent it from spreading.

As informed, there were no casualties in the incident and the 20 members of the Malaysia-bound ship had been evacuated from the vessel.

Separately, the ministry added it was tackling an oil spill in the Semayang port. The oil spill was discovered on the same day in the vicinity of the port’s Jetty 2, and the oil slick spread about 300 meters radius from the port.

However, the cause of the spill was not known at the time and it was not confirmed that the two incidents were related.

A fire was also reported in the waters stricken by the oil spill and according to the Jakarta Post, two fishermen were killed in the incident.

Images released on social media confirm that two people died as a consequence of the fire, while one crew member of the bulker is said to be hospitalized after receiving severe burns.

The ministry said it was coordinating activities with PT Pertamina and PT Pelindo IV and other relevant agencies on curbing the oil spill.

PT Pertamina, which has a refinery unit in the area, informed that in cooperation with Chevron Indonesia it managed to extinguish the fire and prevent it from spreading. Furthermore, the company denied it was the source of the spill as divers determined there were no leaks at its pipelines or terminal facilities.

What is more, based on the analysis of the samples of oil taken from the spill on two different locations, it has been found that the spilled substance was not crude oil but marine fuel oil, Pertamina said. 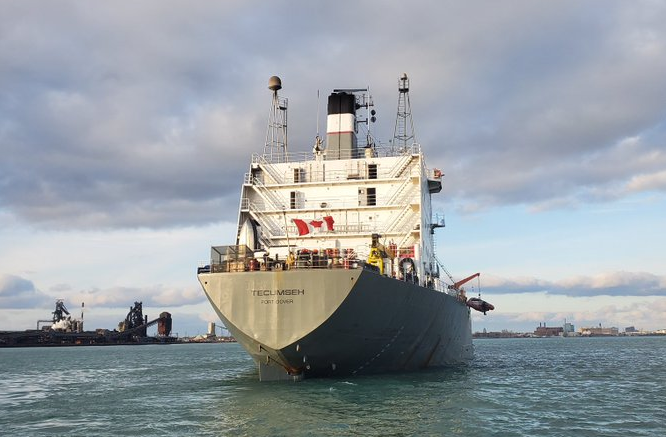