Dr. Sultan Al Jaber, Chairman of ADPC (Abu Dhabi Ports Company) highlighted the importance of diversification for regional economies and the need to make strategic investments in the Gulf Region during his opening welcome speech at the World Ports & Trade Summit 2013 which opened today at the St Regis Saadiyat Island Resort, Abu Dhabi.

“The development of ports and maritime infrastructure will become increasingly crucial to global trade and enhance the region’s position in the international maritime arena,” Al Jaber said. “Hosting this event in Abu Dhabi, in the United Arab Emirates, highlights the industry’s strategic geographical location – between East and West – and continues the legacy of the UAE’s long-held maritime traditions – both as a trading route and for its local economy.”

Al Jaber was also keen to highlight the need to develop advanced infrastructure for ports and maritime related services pointing out that the opening of the Khalifa Port – officially inaugurated in December 2012 as the first semi-automatic port in the region- is positive proof of Abu Dhabi moving in this direction.

Now in its first operational stage, Khalifa Port currently has a working capacity of 2.5 million containers (TEUs) and 12 million tons of general cargo per annum.

The opening of Khalifa Port, said Al Jaber, has also contributed to the development and strengthening of commercial and industrial activity in the Khalifa Industrial Zone Abu Dhabi (Kizad), due to the direct and complementary link between the Port and the specially designed industrial and commercial zones adjacent to it.

Following Al Jaber, HE Sultan Bin Saeed Al Mansoori, UAE Minister of the Economy, addressed delegates further about improving trade links with the emerging economies, particularly those in the East and made a key reference to the fact that Jebel Ali is still the largest container terminal between Rotterdam in the West and Singapore in the East.

“The emerging economies are forecast to account for almost half of global GDP by 2020…and are projected to account for around 45% of the global output by 2025 according to IMF estimates. Ports’ infrastructure must be reinforced with modern logistics, in order to capitalise on the Gulf’s potential in global trade.”

“Some $2.5 trillion worth of development projects are planned or underway across the Middle East region over the next ten years, which, when combined with the shift eastwards in the centre of (economic) gravity, will give the region a competitive edge. We in the region should capitalise on this with continued investment in the port sector to support that growth,” he said.

Concluding the morning session – which was hosted by international broadcaster & presenter, Naga Munchetty – Grant Gilfillan, CEO, Sydney Ports Corporation and First Vice President IAPH, focused on how the Gulf, and wider Middle East, can continue to strengthen its position as a major strategic force on the world stage.

Day 2 of the Summit will offer in-depth sessions focusing on operational issues highlighting port technology, security and environmental best practice. It will also focus on the significant port infrastructure development in the Gulf.

Jebel Ali port in UAE is set for a capacity expansion to 19 million TEU per annum, and Abu Dhabi’s Khalifa Port Terminal is adding 15 million TEU per year upon completion in 2030. Saudi Arabia has allocated US$788.4 million to King Abdul Aziz Port and King Fahd Industrial Port and Qatar’s US$7.1 billion mega-port project, which opens in 2016, will offer eventual capacity of six million TEU per annum by 2028.

“Regional governments continue to invest heavily into state-of-the-art port facilities and modern transport infrastructure. This economic strategy is already paying dividends and will continue to do so in the years to come,” said Chris Hayman, Chairman of Seatrade. 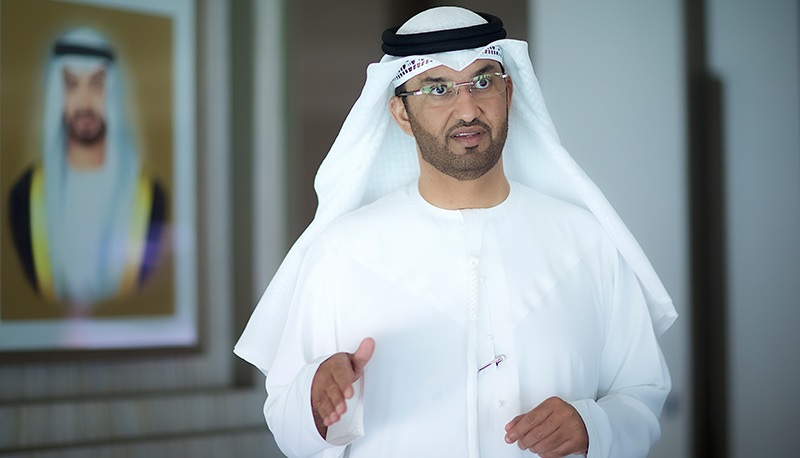