The project was awarded to ALE by Henry Abram & sons. The specialist heavylift and shipping company is the lead partner in a consortium of contractors, delivering the full transportation solution that supports the build of the aircraft carriers.

The decision to build the HMS Queen Elizabeth and sister ship HMS Prince of Wales was announced in 2007 after a government strategic defence review. The new ships will be the largest ever warships to be built for the UK Royal Navy, and 3 times the size of the UK’s current aircraft carrier.

The sections weighing between 30te and 11,000te have been fabricated in 5 shipyards across the UK including Birkenhead, Portsmouth, Glasgow and Newcastle upon Tyne. Henry Abram and Sons are responsible for the end to end process of this complex delivery where the movement of each major section represents years of preparatory work covering barge selection, trailer arrangements, seafastening design, float-off site location and tidal conditions.Within this scope of work ALE are weighing, transporting, and loading-out each section onto barges for onward transport to Rosyth, Scotland where the sections will be assembled at number 1 dock.

The latest section to be loaded-out by SPMT to a sea going barge was the Lower Block 2 which makes up a large section of the bow. This section weighed over 6000te and took a total of 6 hours to complete. Various configurations of up to 448 axles of SPMT, and up to 16 power packs are being utilised for each load-out. After loading-out, the barge was moored to a bespoke mooring spread and submerged allowing the cargo to float clear. All operations covering barge arrival, load-out, towage and float-off had to be carefully timed to coincide with narrow tidal windows.

To provide the full service solution, ALE’s UK branch worked closely with the specialist skidding engineers based at its Netherlands office to assist with the two larger sections of the ship. The sections weighing 13,000te and 29,550te required a bespoke skidding system to complete the movement due to their weight and size.

The first of these sections was recently skidded at Rosyth’s dry dock, the midsection was skidded a total of 93metres to the bow in preparation for welding. This section weighed 13,000te, took 10 hours to complete and utilised 35 skidshoes.

Later this year the welded together midsection and bow will be skidded over a length of 18metres towards the stern section of the Queen Elizabeth; this piece will weigh 29,550te and will require 69 skidshoes to complete the move.

John A. MacSween, Managing Director at Henry Abram and Sons said “As a turnkey contractor the client essentially hands their valuable cargo over to us, in their build shed, and we then take responsibility for all aspects of getting it loaded onto the barge, secured, shipped to Rosyth and floated clear again.” MacSween continued “The engineering requirements and project management required to keep client and their MOD Engineering representatives happy has already involved the production of over 350 technical and operational documents, around 1200 technical drawings and over 220 meetings.”

Timothy Van As Project Engineer at ALE said “To ensure the success of this type of project it is essential that we have a good relationship with the client to fully understand the requirements and have the ability to work alongside each other as a team. The pieces that we are skidding are complex due to size and weight and we are pleased to have been drafted in to be a part of the project.”

Barney Mills Project Manager at ALE said: “The team here at ALE are very proud to be a part of such a historic project. We have been working on the project for a number of months now, and have invested a lot of time in the preplanning and engineering solution for the project. We look forward to watching the vessel take shape over the coming months.”

The next major piece to move is the aft section of the carrier and, weighing in at around 10,600 Te, it represents the heaviest section to be moved. It will be loaded out in Glasgow in October this year before making the journey around the north of Scotland, to Rosyth. 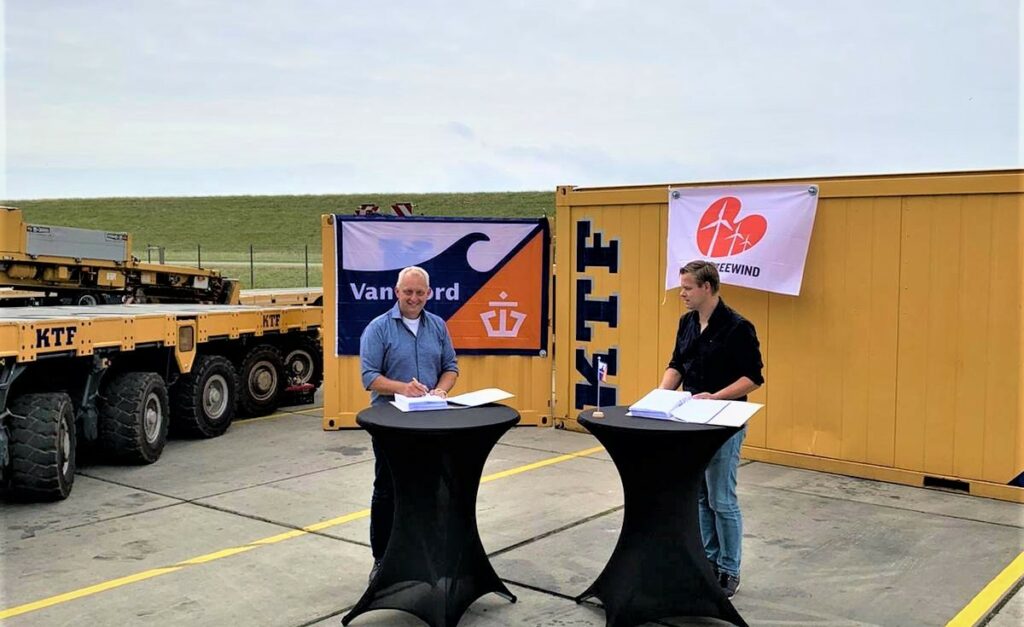