Allseas to Rename Pieter Schelte After All

Swiss-based Allseas Group SA has decided to change the name of its crane vessel Pieter Schelte after vehement opposition from the maritime unions and most recently Jewish groups from the Netherlands and Belgium.

The Panamanian flag of convenience vessel was named in honour of the Allseas Group’s owner’s father, who was a Nazi Waffen-SS officer, jailed for war crimes.

Just last week, the company told World Maritime News that it had no intention to change the name.

However, as the opposition grew fiercer, resulting even in the involvement of the UK Government, the company succumbed to the public pressure and decided to change its mind.

“As a result of widespread reactions which have emerged over the past few days, Edward Heerema, president of Allseas Group, has announced that the name of the vessel ‘Pieter Schelte’ will be changed. It has never been the intention to offend anyone. The new name will be announced within a few days,” Allseas said in an emailed statement.

Allseas President Edward Heerema has disassociated himself from his father’s sympathies in the Second World War, saying that the wartime past of Pieter Schelte Heerema “remains difficult and painful for his family, and for many others.”

Edward Heerema explained that the naming of the vessel reflects what the late Pieter Schelte Heerema has accomplished in the field of construction, “which has been of great significance to the development of offshore oil and gas production until the present day.”

The vessel is expected to be ready for offshore operations early this year when it is expected to service Shell’s Brent platforms situated on the UK continental shelf. 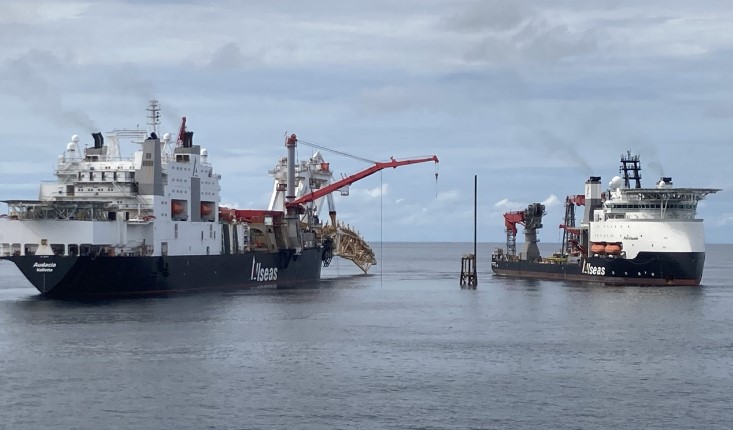