CessCon Decom was awarded a contract for the onshore decommissioning, dismantling, and recycling of Spirit Energy’s Morecambe Bay DP3 and DP4 platforms back in January 2021.

The company said on Tuesday that the two topsides were delivered to the Energy Park Fife Facility by Allseas’ single-lift vessel Pioneering Spirit where they were transferred to Allseas’ Iron Lady barge in the River Forth before being offloaded across the quay to the dismantlement area.

The contract to decommission, decontaminate, dismantle, and recycle the DP3 and DP4 assets involves the processing of up to 23,000 tonnes of material at CessCon’s Energy Park Fife Decommissioning Facility in Fife, Scotland.

The DP3 and DP4 installations first produced gas in 1985 when the South Morecambe field came online. The area continues to produce enough gas to heat one million UK homes every day thanks to production from the Central Morecambe, North Morecambe, DP6 and DP8 platforms.

Johan Paauwe, Project Manager at Allseas, said: “While the DP3 and DP4 topsides are relatively light in contrast to Pioneering Spirit’s single-lift capacity, this project gave us another chance to showcase the vessel’s capability. The motion-compensated lift technology proved hugely effective in the shallow waters of Morecambe Bay, renowned for strong currents and challenging tidal conditions.

“For both topsides, it was a couple of hours from arrival in the field to safe execution of the lifts. It’s the first time we’ve delivered assets to a yard in mainland Scotland for recycling”.

Lee Hanlon, CEO of CessCon Group, said: “We will now commence dismantlement and recycling operations with a reuse and recycling target of 98% (by weight) of all materials, in line with our circular economy strategy, and we look forward to delivering a safe, efficient, and environmentally responsible project together with Spirit Energy and Allseas”.

Donald Martin, Decommissioning Projects Manager at Spirit Energy, said: “With some of the infrastructure in Morecambe Bay having been built by Scottish fabrication yards, it feels fitting that the first platforms to be removed from the East Irish Sea will now be decommissioned and dismantled by a new yard in Fife”. 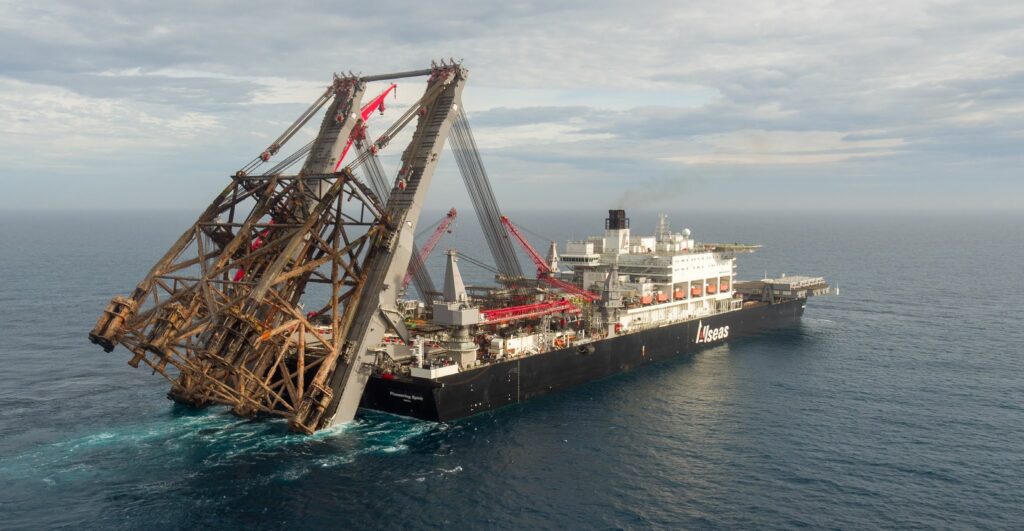