UK’s petroleum regulator, the Oil and Gas Authority (OGA), has revealed that its chairman firmly insists on continuing the North Sea exploration in the foreseeable future, deeming it vital to meet the UK’s energy needs, despite the ever-growing outcries from environmental groups calling for phasing out coal and ending fossil fuels subsidies right away.

Many environmental groups such as Greenpeace International and Extinction Rebellion have expressed dissatisfaction with the conclusion of COP26 in Glasgow, as they believe nations, like the UK, failed to take proper action and that they are hiding behind “ineffective commitments and empty rhetoric.”

These groups have described COP26 as a culmination of a failed process and yet another mark of failure and explicitly proclaimed “that we must end fossil fuels subsidies. Phase-out coal. Put a price on carbon.”

Greenpeace emphasised the need for Boris Johnson to stop the UK’s Cambo oil field and Cumbria coal mine and focus on a “just transition for fossil fuel workers and properly supporting renewable energy.”

Nuala Gathercole Lam of Extinction Rebellion, advised: “The tragic lack of action is not for a shortage of potential solutions to the climate crisis, but down to a lack of political will to make difficult changes that threaten powerful financial interests. For real progress to be made in future climate talks, one of the major polluting nations must step up and break the deadlock.”

With a reminder that “the UK parliament was the first to declare a climate emergency” and “the first major economy to sign a net-zero date into law,” Extinction Rebellion UK announced earlier this week that it plans to address the failure of the COP process by mobilising two million in the UK towards mass civil disobedience.

The first major campaign of civil resistance is scheduled to take place in April 2022.

“The theory behind Extinction Rebellion is that mass participation in civil disobedience – on the doorstep of the government, media and elites – is our best shot at creating the political conditions for the UK to step up and play that role,” concluded Gathercole Lam.

On the heels of this announcement, while speaking to delegates at the combined PROSPEX and PETEX conference in London the following day, the OGA’s chairman, Tim Eggar, stated: “Oil and gas currently provide around three-quarters of total UK energy consumption. All forecasts, including the independent Climate Change Committee – point to them being required for heat, power and transportation for the foreseeable future.”

The Chairman of the Oil and Gas Authority insisted on Wednesday that exploration and production of oil and gas from the North Sea is still needed if the UK is to meet its energy needs.

“If we need to be reminded of their importance to daily life, we only have to look back a matter of weeks, when we saw long queues at petrol stations and a gas crisis which brought the prospect of higher gas bills for millions of consumers. Security of supply is back in vogue – not before time,” explained Eggar.

Furthermore, Eggar believes that continuing the North Sea exploration is vital, not only to meet the UK’s energy needs but also to ensure a successful energy transition to net zero.

In line with this, he also claims that the analysis the OGA carried out shows domestic gas production to have a lower carbon footprint than imported LNG.

The OGA’s chairman told delegates that the industry must do much more to ensure it lowers its carbon footprint and exceeds the targets to half emissions by 2030 and be fully net-zero by 2050, as outlined in the North Sea Transition Deal.

“Industry’s social licence to operate is barely holding. Failure to deliver the transition deal is not an option. These emissions targets should be viewed as the absolute minimum. The industry should look to smash these targets, not just meet them,” informed Eggar.

According to Eggar, the OGA would continue to “hold the industry to account on their side of the bargain by very closely tracking, monitoring and reporting on progress.”

The speech finished with a reference to what Eggar described as a bright future for the highly skilled geosciences community, who would be needed to help ramp up crucial carbon capture and storage solutions to scale.

“We’re blessed with world-class CO2 storage potential here in the UK. This is a tremendous opportunity to meet not just the UK’s requirements for carbon removal, but to support the storage of carbon dioxide from the rest of Europe. The success of CCS is going to depend on you – people who understand the rocks, understand the infrastructure, understand the risks and opportunities,” added Eggar. 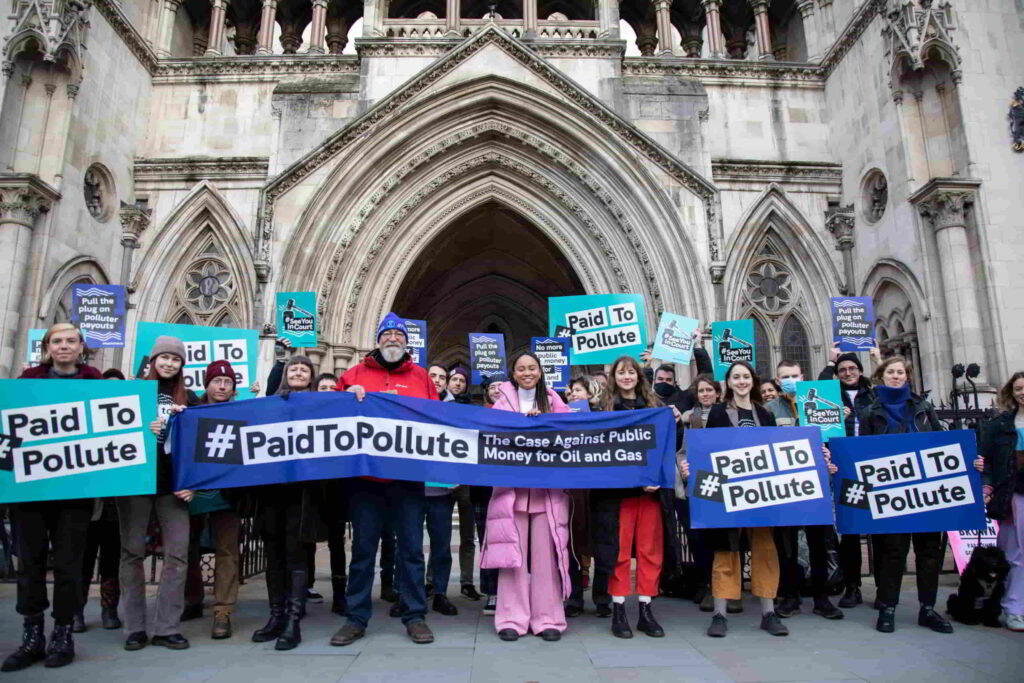 UK court rules in favour of oil & gas regulator but ‘the fight goes on’ for activists
Posted: 4 days ago
COP26 ends with ‘weak and compromised’ line on phasing down fossil fuels
Posted: 2 months ago
Top energy transition trends to watch in 2022, as seen by Westwood
Posted: 13 days ago