After a number of challenges were overcome, including some extreme weather conditions, the pendulum was set swinging and measured power was produced, AMOG said.

The AMOG WEC is tuned to maximise the power generated from incoming waves by extracting energy from the motion of its tuned mass damper pendulum structure. Tuned mass dampers (or dynamic vibration absorbers) have been used since the early 1900s to stabilise everything from skyscrapers to electric razors. Now the theory is being tested in the marine environment to see whether their kinetic energy can become a credible power source, the company explained.

Following its fabrication at Mainstay Marine Solutions in Wales, the AMOG WEC was moored off the coast of Falmouth in the UK at the University of Exeter’s FaBTest site.

UK-based AMOG engineer, Peter Mazurenko, reported that, “while no surprise, it was very encouraging to see the mechanical and electrical design working as intended from the moment the pendulum was released.” The 48te device will be monitored by the AMOG team of engineers and will undergo an extended testing regime over the course of the northern Autumn, the company noted.

AMOG’s CEO, Ben Clark, said: “The launch and generation of first power from this device is the culmination of thousands of hours of wave energy research, hydrodynamic analysis, structural design, hull fabrication, and electrical integration work. It is a great credit to all involved and we are looking forward to the execution of the test program and the insights it will bring for the future development of this innovative technology.”

The WEC Technology Demonstrator vessel has been named the AEP, in honour of AMOG’s founder, Professor Andrew E Potts, who passed away in March this year.

The project has received funding from the England European Regional Development Fund as part of the European Structural and Investment Funds Growth Programme 2014-2020. 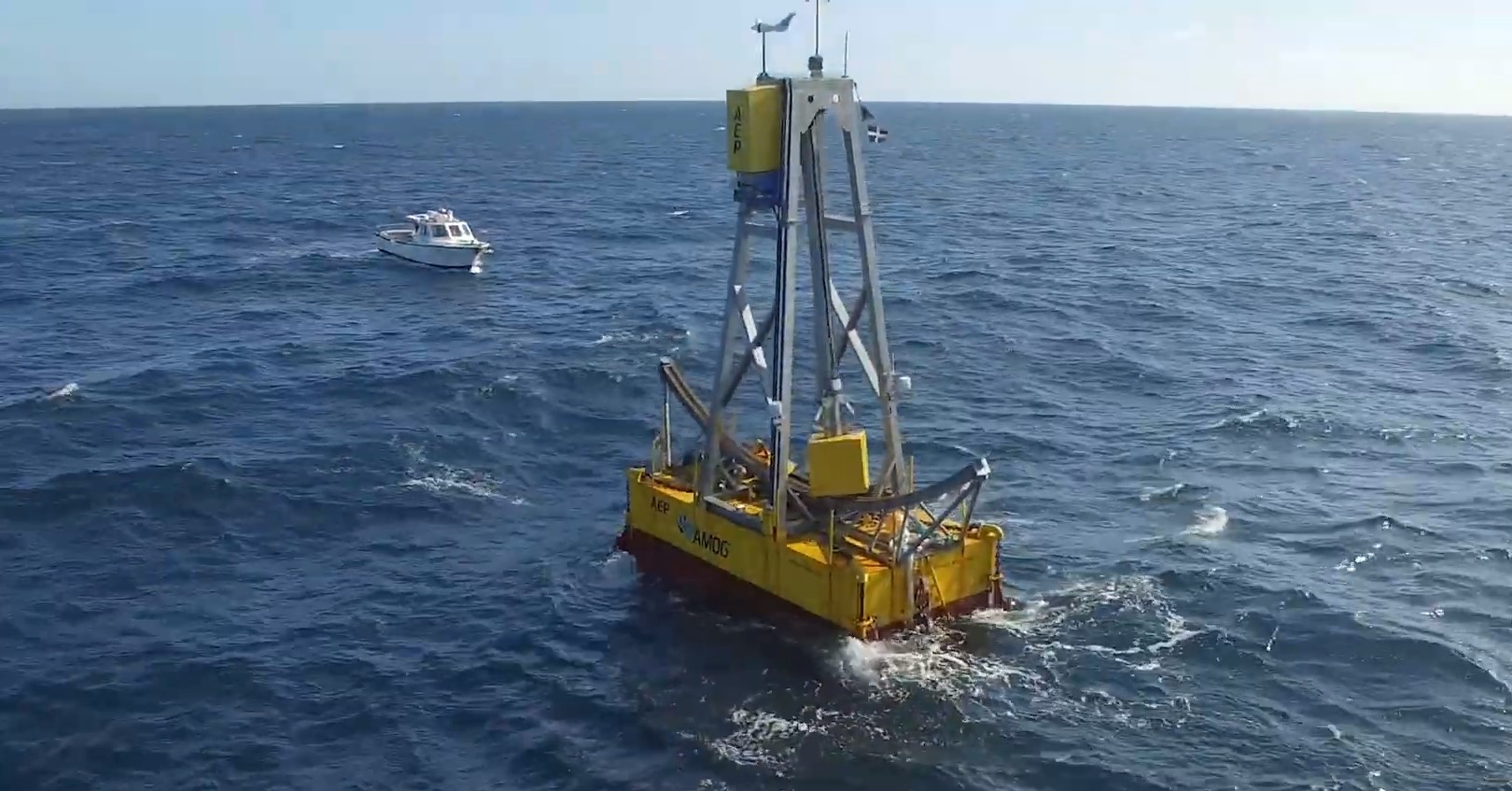