Scientists have found a large reduction in the amount of the coldest deep ocean water, called Antarctic Bottom Water, all around the Southern Ocean using data collected from 1980 to 2011. These findings, in a study now online, will likely stimulate new research on the causes of this change.

Two oceanographers from NOAA and the University of Washington find that Antarctic Bottom Water has been disappearing at an average rate of about eight million metric tons per second over the past few decades, equivalent to about fifty times the average flow of the Mississippi River or about a quarter of the flow of the Gulf Stream in the Florida Straits.

“Because of its high density, Antarctic Bottom Water fills most of the deep ocean basins around the world, but we found that the amount of this water has been decreasing at a surprisingly fast rate over the last few decades,” said lead author Sarah Purkey, graduate student at the School of Oceanography at the University of Washington in Seattle, Wash. “In every oceanographic survey repeated around the Southern Ocean since about the 1980s, Antarctic Bottom Water has been shrinking at a similar mean rate, giving us confidence that this surprisingly large contraction is robust.”

Antarctic Bottom Water is formed in a few distinct locations around Antarctica, where seawater is cooled by the overlying air and made saltier by ice formation. The dense water then sinks to the sea floor and spreads northward, filling most of the deep ocean around the world as it slowly mixes with warmer waters above it.

The world’s deep ocean currents play a critical role in transporting heat and carbon around the planet, thus regulating our climate.

“We are not sure if the rate of bottom water reduction we have found is part of a long-term trend or a cycle,” said co-author Gregory C. Johnson, Ph.D., an oceanographer at NOAA’s Pacific Marine Environmental Laboratory in Seattle. “We need to continue to measure the full depth of the oceans, including these deep ocean waters, to assess the role and significance that these reported changes and others like them play in the Earth’s climate.”

Changes in the temperature, salinity, dissolved oxygen, and dissolved carbon dioxide of this prominent water mass have important ramifications for Earth’s climate, including contributions to sea level rise and the rate of Earth’s heat uptake.

“People often focus on fluctuations of currents in the North Atlantic Ocean as an indicator of climate change, but the Southern Ocean has undergone some very large changes over the past few decades and also plays a large role in shaping our climate,” said Johnson.

The data used in this study are highly accurate temperature data repeated at roughly 10-year intervals by an international program of repeated ship-based oceanographic surveys. Within the U.S., the collection of these data has been a collaborative effort of governmental laboratory and university scientists, funded primarily by NOAA and the National Science Foundation. However, much of the data used in this study were measured by international colleagues.

“Collection of these data involves 12-hour days, seven days a week, of painstaking, repetitive work at sea, often for weeks on end with no sight of land. We are grateful for the hard work of all those who helped in this effort,” said Purkey. 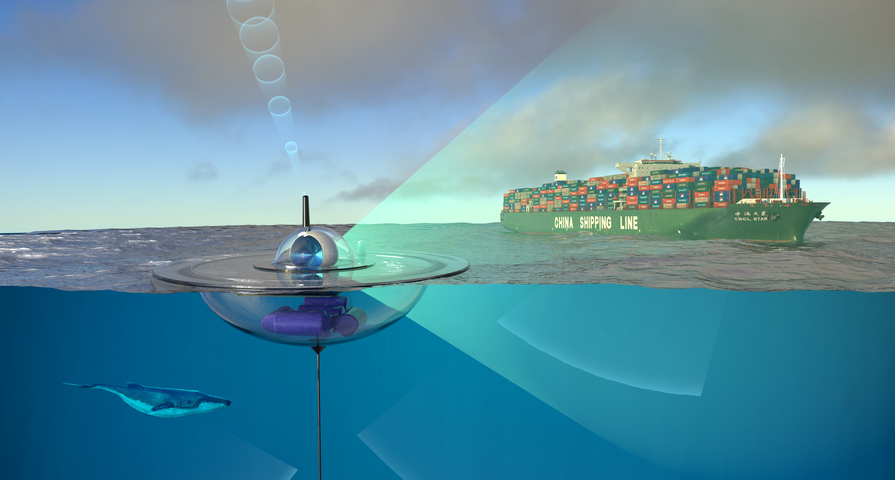