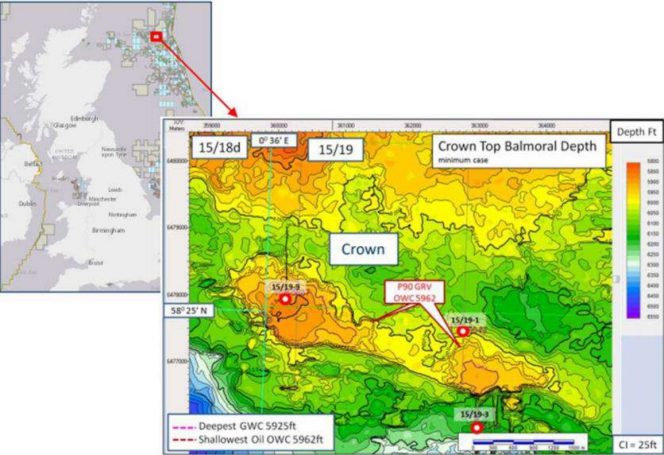 The two companies have signed non-binding Heads of Terms for the two blocks to be sold to Anasuria Hibiscus for a headline consideration of up to $5 million.

The blocks include the Crown Discovery, originally discovered by ConocoPhillips in 1998. According to a recent report by Optiva Securities, the Crown discovery on UKCS Licence P2366 was attributed maiden gross unrisked 2C contingent recoverable oil resources of 6.35 mmbbls.

“Low-cost but important data analysis, carried out by the United team, has added significant value to the license since [the] acquisition,” United said Wednesday.

The sale is subject to completion of satisfactory due diligence, including geological, legal and financial due diligence, regulatory OGA approval and definitive documentation.

Brian Larkin CEO, United Oil and Gas PLC: “Our primary goal as a management team is to deliver value for our shareholders. The work of our technical team in attaining and developing this license has delivered an excellent outcome for the Company, allowing us, on completion, to realize a significant return in a very short space of time. Our strategy involves the active management of our portfolio of assets, and this transaction demonstrates our ability to deliver on that strategy.

United said that in the “unlikely” event that these milestones are not reached, the license will revert back to United and Swift Exploration Ltd.

“United remains committed to building a full-cycle oil and gas company. The proceeds of this transaction will further strengthen our balance sheet to support the growth of the company,” Larkin said.