A consortium comprised of APM Terminals, Bollore Africa Logistics and Bouygues has been named the preferred bidder to manage a second container terminal at the Port of Abidjan.

Plans for the new facility (TC2), call for an investment of 300 billion Central African Francs ($590 million USD) over the 21-year concession term. With a depth of 16 meters, the TC2 Public-Private Partnership will be able to accommodate vessels of up to 8,000 TEU capacity, greatly expanding the role of the port as a regional hub for West Africa, in accordance with the port’s Master Plan.

New construction will include 35 hectares (86 acres) of yard along 1,100 meters of quay, equipped with Ship-to-Shore gantry cranes and electric Rubber-Tire Gantry Cranes (eRTGs), an environmentally-friendly innovation representing a first for port operations in the Ivory Coast, and Africa.

“This new terminal project will lift the infrastructure of Abidjan, for the benefit of the country and its population. We look forward to work towards developing the project together with the Port Authority” said Peder Sondergaard, CEO of Africa and Middle East Region for APM Terminals.

Abidjan is one of the busiest container ports in West Africa, and a key regional transshipment hub with throughput of 600,000 TEUs in 2012. APM Terminals is the largest terminal operator in West Africa, with a presence in nine existing facilities in the Ivory Coast, Liberia, Benin, Nigeria, Cameroon, the Republic of the Congo, and Angola.

APM Terminals Inland Services in the Ivory Coast has locations in Abidjan and San Pedro. Ivory Coast (Cote d’lvoire) has a population of 21.9 million and is the world’s largest producer and exporter of cocoa beans. The nation is also is a major exporter of coffee and palm oil, and had a GDP of $24.3 billion ($39.6 billion PPP USD) in 2012. Primary export markets are the Netherlands, France and the USA, while the largest import sources are Nigeria, France and China. The IMF has projected an economic growth rate of 7% for the Ivory Coast in 2013. 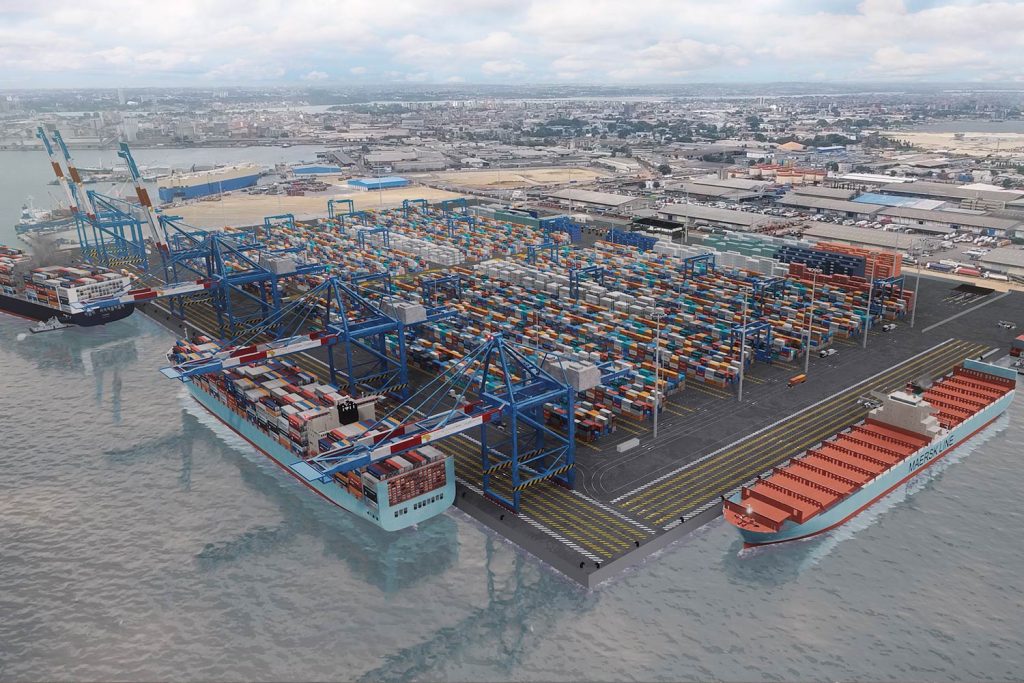