Aquaterra Energy has won a high-pressure high temperature (HPHT) subsea riser contract with oil and gas operator Umid Babek Operating Company (UBOC) for the exploration of its HP well on the Babek project in Azerbaijan.

Aquaterra Energy will deliver its 15,000 psi subsea riser system, using the AQC-SR connector range, as part of UBOC’s drilling program for the BX-01 exploration well located at the Babek field.

The company will provide complete end-to-end managed service, as a fully independent riser system and connector OEM, which will be operated via a jack-up MODU in water depths of 62 meters.

“We’re delighted to be working with UBOC on this project and to continue demonstrating our HPHT riser system expertise in locations such as Azerbaijan,” Ben Cannell, Innovation director at Aquaterra Energy.

The system’s AQC-SR quick connectors are expected to provide UBOC with crucial gas-tight metal-to-metal seals and a backup elastomeric seal.

The company said it had advised using a jack-up rig instead of a semi-submersible to maximise safety and efficiency, while minimising cost and rig-time.

“Aquaterra’ s continuous consultation was second to none on this project and allowed us to explore options that we wouldn’t traditionally. Together we will be able to reach operational deadlines, whilst also taking environmental considerations into account. The team’s innovative approach has been instrumental in making this project viable and we are very much looking forward to continuing our collaborative relationship,” UBOC stated.

Based on data provided by Azerbaijan’s Ministry of Energy in January, the country produced 31.6 million tons of oil – including condensate – in the period from January to November 2021, which shows that the production of oil decreased by 16.5 thousand tons compared to the same period the year before.

The transportation of oil (including the condensate) for exporting was approximately 334 thousand tons, 1.3% lower than the relevant period of 2020.

On the other hand, gas output amounted to 39.7 bcm during the mentioned 11 months. It was transported with an increase of approximately 6 bcm – 17.8%– compared to the relevant period the year before.

Last year it was also announced that Azerbaijan will be getting its first offshore wind turbine.

Namely, SOCAR and Technip Energies signed a cooperation agreement to work on a pilot project for powering upstream operations in Azerbaijan’s sector of the Caspian Sea with electricity produced by a floating wind turbine. 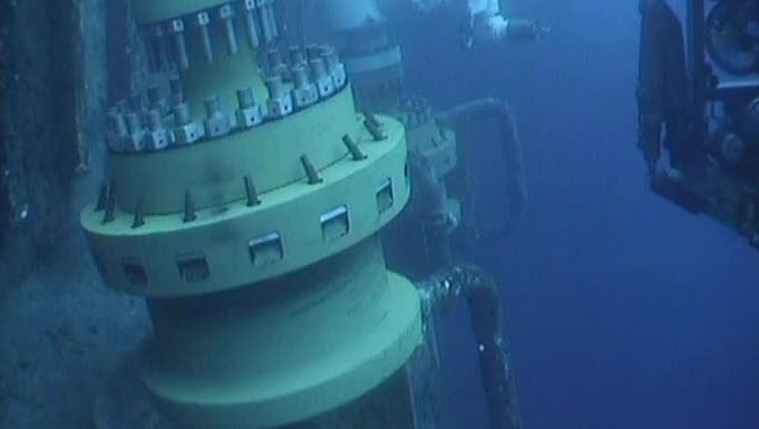