Typical Liveboating involves a diver performing work underwater while the diver’s hose is being tended from the bow of a propeller driven utility vessel, using its main propulsion system to keep position with the diver.

Ted Roche, President and CEO of Aqueos Corporation states, “SPLASH™ has been a collaborative effort between numerous stakeholders including: Aqueos management and supervisory personnel, Aqueos’ valued client base and the vessel builder. Our company’s goal is to leverage technology to mitigate risk and increase efficiencies, and SPLASH™ embodies this philosophy.”

Roche goes into say, “With SPLASH™, Aqueos further asserts itself as The Leader in Diving Safety.”

SPLASH™ was manufactured by Metal Shark, LLC (Gravois Boats) of Jeanerette, LA who has been an instrumental partner to Aqueos in the design and construction of the purpose built USCG Inspected dive support vessel. SPLASH™ and assigned crew have completed vessel sea trials and will immediately begin work on its first contract. 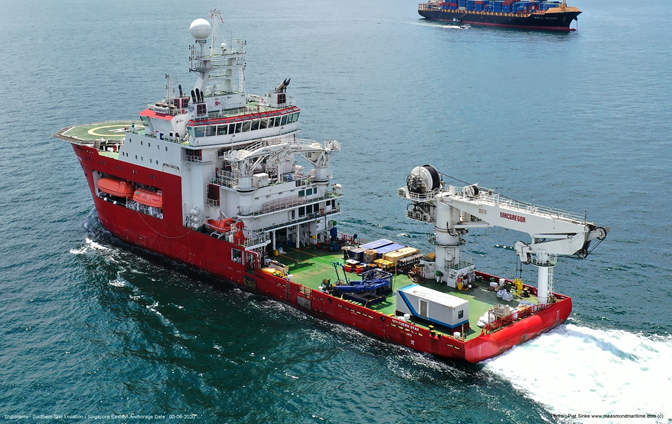