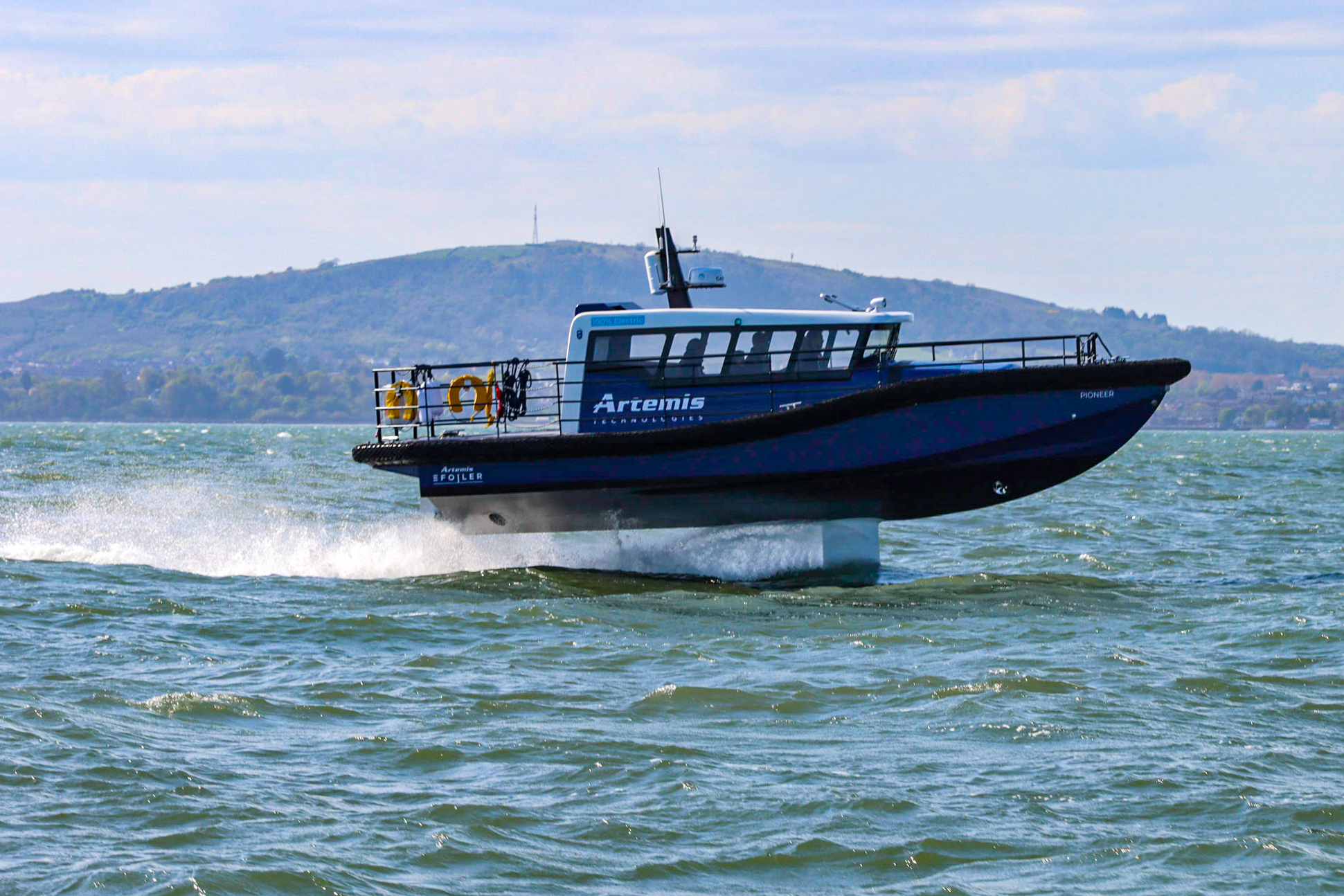 The 11.5-metre vessel named Pioneer of Belfast is powered by the Artemis eFoiler system, which enables the prototype to fly over the water, using significantly less energy than a conventional workboat with high-speed re-charging technology also developed.

Launched from the company’s research and manufacturing facility in Belfast Harbour, the prototype is currently undergoing sea trials to verify its technical capabilities match those from the company’s digital twin simulations, ahead of the launch of Artemis Technologies’ small workboat range next month.

The vessel was designed and built to include the production specification drivetrain, battery and flight control components consumers will eventually see in the finished workboat, according to the company.

With big goals set for 2022, this announcement brings Artemis Technologies one step closer to providing high-speed zero-emission maritime transport to the masses.

The company has attracted significant UK Government and private investment and has partnered with Northern Irish organisations on a mission to help deliver a sustainable maritime future.

In 2020, a Belfast maritime consortium led by Artemis won a £33 million UK Government innovation grant to develop zero-emission ferries in the city.

“Over the last five years we’ve assembled experts from the worlds of motorsport, aerospace and high-performance yacht racing who have worked closely with local talent to deliver the first of many such vessels that will leverage Belfast’s rich maritime history and place the city at the centre of green ship-building industry,” Iain Percy, double Olympic sailing gold medallist and chief executive of Artemis Technologies, said.

“We’ve been recording the performance of the workboat against its gasoline powered sistership. Our first foiling day was in a North Easterly wind blowing 25kts with very steep sea state,” Romain Ingouf, Technical Director of Artemis Technologies, commented.

“We are measuring energy efficiency, ride comfort, wake creation and of course, tracking the amount of fuel used by the sistership at different speeds, across a wide range of weather conditions. Belfast Lough is the perfect testing ground. This like-for-like testing enables us to quantify the various commercial and operational benefits of the Artemis eFoiler system, as well as the emissions saved by the 100% electric ‘Pioneer of Belfast’.”

“This prototype, a first of its kind in the commercial workboat sector, is the largest electric foiling vessel in the world. Pioneer has already achieved regulatory approval, having been issued with a UK Loadline Exemption on the basis of meeting MCA’s Workboat Code through equivalence and rigorous risk assessment and mitigations,” David Tyler, Commercial Director of Artemis Technologies, noted.

“We’re now at a crucial time for not only the Artemis Technologies business but for the future of maritime transport. ‘Pioneer of Belfast’ is just the beginning; we have several high-speed zero-emission vessels in development that will transform the commercial workboat and city-to-city passenger ferry sectors over the coming decades.” 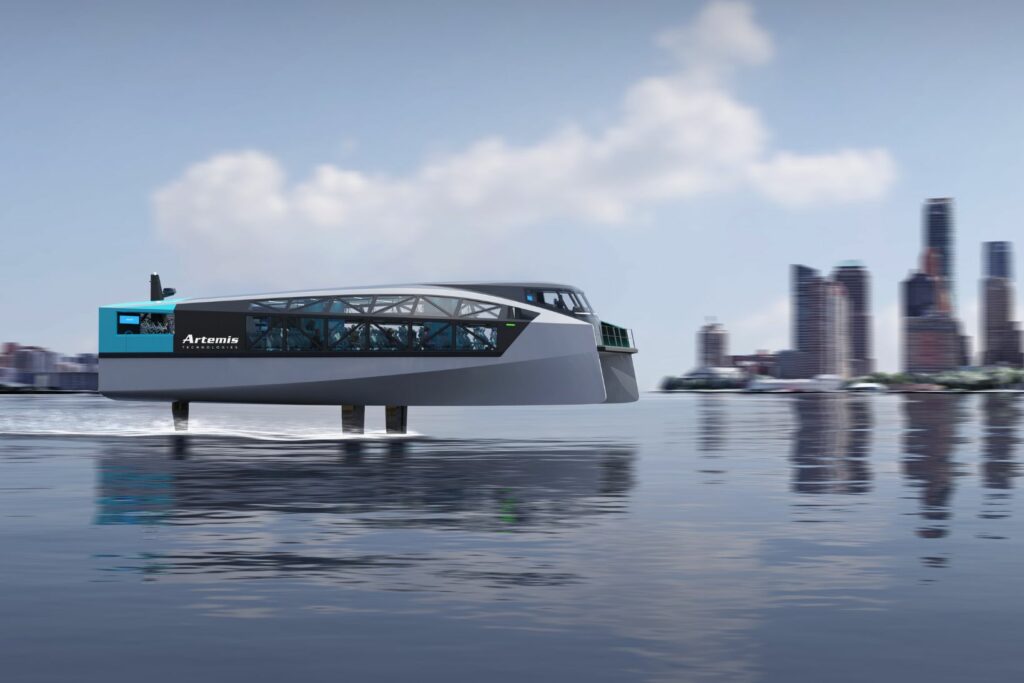