It was a happy occasion, last September 20 at Royal IHC’s shipyard in Kinderdijk, the Netherlands. An international crowd had gathered to see the launch ceremony of Arzana, the 6,000 cubic metre trailing suction hopper dredger for National Marine Dredging Company (NMDC) from Abu Dhabi.

Flowers adorned the big construction hall at the shipyard and when Arzana glided towards the open water, confetti was shot in the air. Even a chamber orchestra was present to honour the launch ceremony. During the launch, the attendees raised their arms to capture the moment with their smartphones. Moments later, the vessel was afloat.

“The keel-laying took place on March 6, 2017, and Arzana is expected to be delivered as scheduled in early 2018. This success is due to the excellent cooperation between our two companies, which stretches back many years,” Dave Vander Heyde, IHC CEO, said.

As explained, the successful cooperation goes back many years and has already resulted in the delivery of almost a dozen vessels.

NMDC from Abu Dhabi is one of the Middle East’s marine industry leaders and has a large fleet of dredgers and support vessels.

“IHC is proud to contribute to NMDC’s international growth and fleet investment strategy. We value our enduring relationship, which has led to the delivery of many cutting-edge vessels,” Vander Heyde added.

Arzana is the first custom-built TSHD in the Gulf area.

“It is a tailor-made solution that combines shallow draft and a large dredging depth with high maneuverability. Arzana has also been specifically designed for operating in high temperatures. We are confident that this new vessel will contribute to our aim of positioning NMDC as a leader in our industry,” Yasser Zaghloul, NMDC CEO, commented.

The design also includes one man bridge and a forward-looking multibeam survey system.

The project also includes a training package for NMDC’s crew, as well as a full program of life-cycle support from IHC. This features condition-based monitoring, which will safeguard a long and sustainable operation for trailing suction hopper dredger Arzana.

This article was previously published in Maritime Holland edition #6 – 2017. 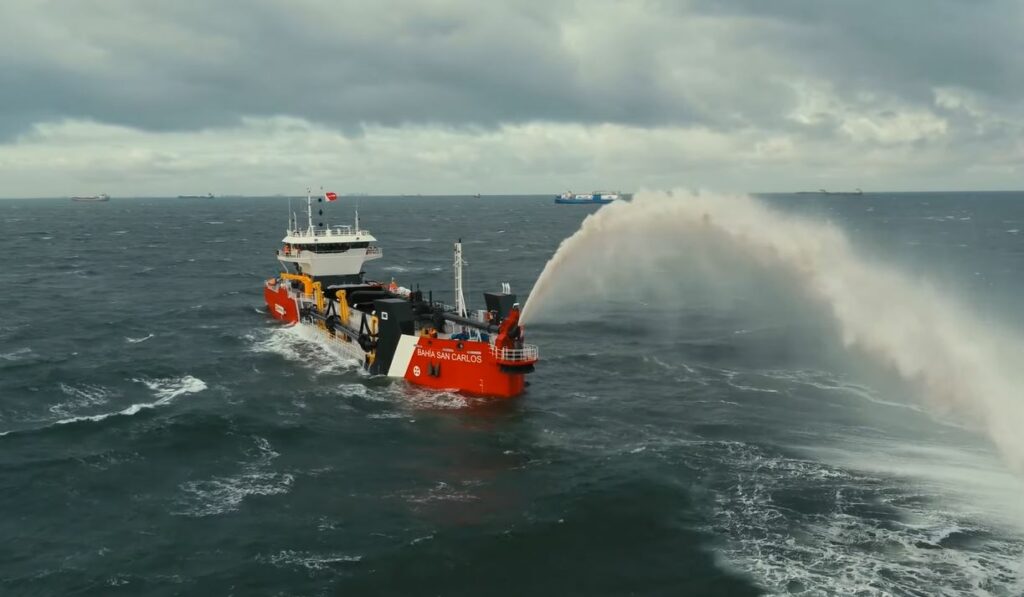