When Rederij Groen, a Scheveningen-based service supplier to the offshore industry, secured a long-term charter contract for two chase vessels for seismographic research, the question arose whether to refit two fishing cutters – as had been done in the past – or to build new ships. The scale tipped in favour of newbuilds, and together with Saltwater Engineering and Maaskant Shipyards, the first purpose-built Seismic Research Support Vessels were built.

In seismographic research at sea, typically several research vessels trail an array of streamer cables, often a kilometre or more long. At certain intervals, a vessel emits a sonic boom with an airgun, and through the reception in the sensor field, data can be obtained about the geology below the seafloor, for example to find oil or gas deposits. The fleet of research vessels usually travels at around four knots and follows a pre-determined route. Because of the costly array of sensory equipment, it is essential that the flotilla can travel undisturbed by other traffic or obstacles. Two or more chase vessels circle the fleet to chase away other ships and to temporarily remove objects such as fishing nets or buoys in the path of the flotilla.

Usually, chase vessels are converted fishing trawlers (cutters) because of their good seakeeping characteristics, although they can get wobbly at low speed. With offshore industry regulations continuously lengthening the list of requirements for chase vessels (for example redundant propulsion, ship’s age below ten years), Rederij Groen figured that scale tipped in favour of a new building. To achieve a good purpose-built design, they approached the naval architects at Saltwater Engineering to produce a preliminary design, consisting of the hull lines, a general arrangement and a technical specification. The initial design brief called for a tonnage below 500 GT, comfortable accommodations above the main deck, a practical aft working deck and a spacious wheelhouse with good views both forward and aft.

After a tendering procedure, Rederij Groen chose Maaskant Shipyards, where they had ample p ositive experiences with the m aintenance of their fleet. The location in Stellendam, less than an hour from Scheveningen, was another advantage, as this significantly reduced the cost for oversight from the owner’s side. Both the design and build were a collaborative effort of Rederij Groen (father Henk and son Erik Groen and their technical superintendent Dirk Klok), Saltwater Engineering, and Maaskant Shipyard, part of the Damen Shipyards Group. Maaskant Shipyards is a bit of an outsider in the Damen Shipyards conglomerate, as in recent years it has become specialised in one-offs and short series rather than the standard vessels built-for-stock in most of Damen Shipyards’ other yards.

The design of Astra-Gs hull was primarily based on her seakeeping behaviour at low speed. Saltwater Engineering concluded that a sharp bow, with U-shaped sections and minimal bowflair, along with V-shaped stern sections would yield the best result. At low speeds, stern slamming becomes an important issue, and V-shaped stern frames help reducing the force of the impact. As a spacious aft working deck was a prerequisite, the accommodation was placed forward.

Up until Astra-G, every chase vessel
was a converted fishing vessel

Naval architect Sander Broekmeulen of Saltwater Engineering: ”Most offshore supply vessels have a high CM, which translates to fast transverse accelerations and thus uncomfortable motions. With this design, we have taken care to keep the centre of gravity high enough, resulting in a GM below one metre, and thus gentler motions. The hull is more akin to those of cable laying vessels, which also spend most of their time at low speeds, than to those of offshore supply vessels.”

Two other important aspects in the design of Astra-G are her range and autonomy. This resulted in ample fuel tank volume at 230 m3 in total, and in features such as watermakers -producing 5,300 litre of freshwater per day – and a bioreactor sewage treatment system, which is approved for use also in zero-discharge zones. Although Astra-G will be normally manned by

a crew of five, additional cabins are provided for nine passengers, allowing her to transfer relief crews for the seismic research vessels. A first-aid room is provided, which can be converted into another two-person cabin if needed. Every cabin has a private en-suite bathroom, with a gravity toilet draining either overboard, to the Hamworthy sewage treatment system, or to the holding tank.

An important add-on on Astra-G is her quick-release towing hook. Should one of the seismographic survey vessels lose her propulsion, the chase boat must be able to quickly provide assistance by towing her at a minimal speed, enough to keep the expensive array of streamers tangle-free. The bollard pull of the Astra-G was tested at 21.5 tons. The aft deck can easily be equipped with davits for a fast rescue boat, in case the Astra-G is used as a standby vessel, another field in which Rederij Groen is active. To pick up nets, buoys or other floating objects, a Heila Crane is mounted on the aft deck.

For efficiency, Astra-G is propelled by two direct diesels coupled to the propeller shafts. Her Caterpillar C32 Acert main engines have electronically governed injectors, which ensure that the combustion is still good even when she is sailed at very low speeds for extensive periods of time. With one engine running, the idling speed is about six knots, which can further be

reduced to four knots by giving the rudders opposing rudder angles. For this purpose, the rudders can be individually operated, as well as synchronised. The oil-lubricated propeller shaft installations, supplied by Rubber Design, have the screw shaft condition monitoring (SCM) notation, which means that the shafts have to be pulled only once every five years, reducing the time needed for intermediate dockings.

Astra-G is entirely built of steel. The hull and superstructure were built in at shipyard Crist in Poland and then towed to the Netherlands for outfitting at shipyard Maaskant. Her light ice class notation 1E allows her to operate safely in broken ice, which is a big advantage as oil exploration expands in the polar regions. Her bilge keels dampen the rolling movement, but there is no active stabilisation system. Crew comfort was a key priority to the owners, and a lot of attention was paid to the reduction of noise and vibrations onboard. The wheelhouse, for example, has a noise level of only 56 dB(A) at full speed. In the public spaces, the ceiling panels are perforated for added noise reduction.

As 60 Hz power is more common worldwide than 50 Hz, the power distribution onboard is along a 60 Hz network. Electric power is generated with three 122 kVA Caterpillar C4.4 gensets, of which one is normally enough to supply the house load. When the bowthruster is operated, a second genset is brought online, still leaving the third as a backup. Because Astra-G spends a lot of time at low speeds, and also in warm tropical waters, her boxcoolers are sized larger than average.

To perform as a chase vessel, Astra-G needs to look the part. The superstructure design went through several iterations, each with photorealistic renderings, to obtain the right look. In particular the covered foredeck merits attention. In addition to protecting the anchoring and mooring gear, the cover creates an impressive frontal view. The spacious wheelhouse features navigation positions facing both fore and aft, for manoeuvring during pickups of buoys and other objects. Notable is the access to the wheelhouse through a watertight deck hatch, which waived the requirement for permanently fixed deadlights for the windows.
Barents Sea

Maaskant Shipyards’ project manager Ben Boot: ”The owners and even the charterers were very involved at every stage, and this has resulted in a very satisfactory outcome. Astra-G and her sister vessel Aquarius-G, which is in the final stages of construction, are the first purpose-built chase vessels, and it is expected that they will set the standard in this niche for years to come.” At the time of writing, Astra-G is en route to the Barents Sea for her first assignment of six to eight months. 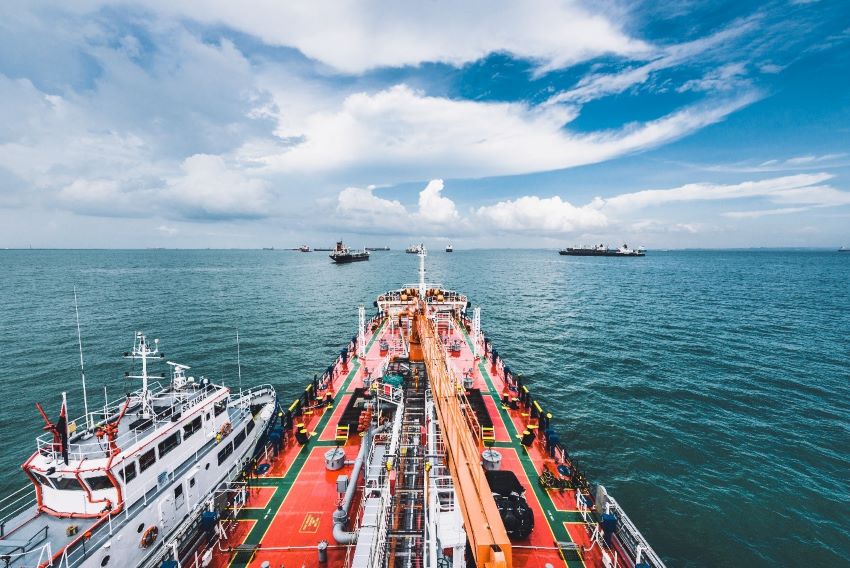