JKC Australia LNG Pty Ltd has awarded the contract for what is one of the largest and most critical packages within the Ichthys programme – an initiative of the INPEX CORPORATION (operator) and TOTAL.

Laing O’Rourke CEO Steve Hollingshead said it was the second big win on the Ichthys LNG Project in recent weeks.

“In April, we began work on the $260 million contract to deliver the 3500 bed Howard Springs Accommodation Village in Darwin, which will support the massive Ichthys Project,” Mr Hollingshead said.

“Being appointed to these two major contracts underlies the dedicated sector focus Laing O’Rourke has applied to the requirements of the Oil and Gas market, and our innovative approaches to Non Process Infrastructure including accommodation villages and other vital works.

“The Oil and Gas sector now makes up a significant portion of the $4 billion in work we’re currently engaged with in the Australian market, confirming Laing O’Rourke’s position as the region’s largest privately-owned engineering and construction contractor.”

Laing O’Rourke Oil and Gas Sector Leader Terry Bayliff said that the company had established its LNG tanks partnership with Kawasaki Heavy Industries five years ago as part of a long-term strategy. The partnership’s specific intent was to deliver the best technical and engineering solutions to complex LNG projects both here and globally.

“Over this period we have worked together closely to develop a very specific execution strategy that maximises off-site pre-fabrication, assembly and automated on-site methods,” Mr Bayliff said.

“Such innovation makes us safer, more cost and time effective, and delivers real engineering excellence to our clients.”

“We are the only construction and engineering firm in the region that can provide a multi-disciplinary, self-delivery approach to every aspect of the Oil and Gas market – from civil and marine infrastructure, to building works, to tank technology and other processing and transportation requirements.”

Detailed engineering and procurement has already commenced on the project and will be complete before the project team mobilises to site in mid 2013, with completion due in mid 2016. 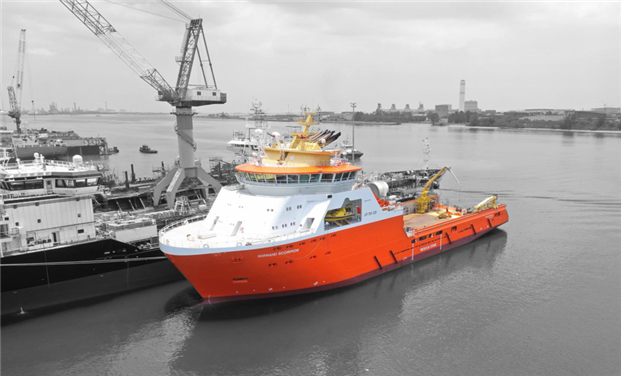