The project uses a SV2 Wave Glider designed by Liquid Robotics, in combination with a geodetic grade GNSS (global navigation satellite system) antenna and receiver to determine the sea surface height with respect to the Earth’s centre with an accuracy of about 1 cm.

Peter Foden, NOC, research and development engineer, commented: “The team is excited that the GNSS-Wave Glider has successfully completed its two week voyage and demonstrated its ability to measure sea level and its manoeuvrability to position itself directly beneath the passes of altimetry satellites. This novel measurement technique offers new opportunities for the long-term, direct measurement of sea level in coastal and remote deep ocean areas.“

The GNSS-Wave Glider concept was first developed and tested by NOC in 2013 during a short trial deployment in Loch Ness. The GNSS-Wave Glider began its first open ocean voyage on July 28, 2016 when it was deployed off the coast of Blyth by the research vessel of Newcastle University’s School of Marine Science and Technology, RV Princess Royal. After a two week voyage, it was recovered by the RV Princess Royal on the August 10, 2016. The purpose of the mission was to position the GNSS-Wave Glider underneath the track of several Earth-orbiting satellites equipped with radar altimeters (Jason 2 and 3, Cryosat and Altika). In this way coincident altimetric and GNSS sea level measurements were carried out which will allow scientists to cross validate the accuracy of altimeter and GNSS based measurements and to improve the quality of altimetric data, which tends to decrease near the coast.

The GNSS-Wave Glider concept should allow scientists to carry out long term measurements and surveys of sea surface height virtually anywhere in the world’s ocean (excluding sea ice covered areas) and for long periods of time (months to a year). The time resolution of GNSS-Wave Glider is comparable to that of a coastal tide gauge and its spatial resolution is on the order of a few tens metres (a Wave Glider cannot be stationary, but can hold station in an area of radius ~20m).

Once the GNSS-Wave Glider prototype has been fully and successfully tested, it is planned to develop the concept into a commercial product for sea level measurement, monitoring and research.

The NOC’s Marine Data Products software POLPRED and anyTide app were used during the voyage to assist in piloting the GNSS-Wave Glider. Deployment and recovery support were provided the Captain and crew of the RV Princess Royal (NUSMST). 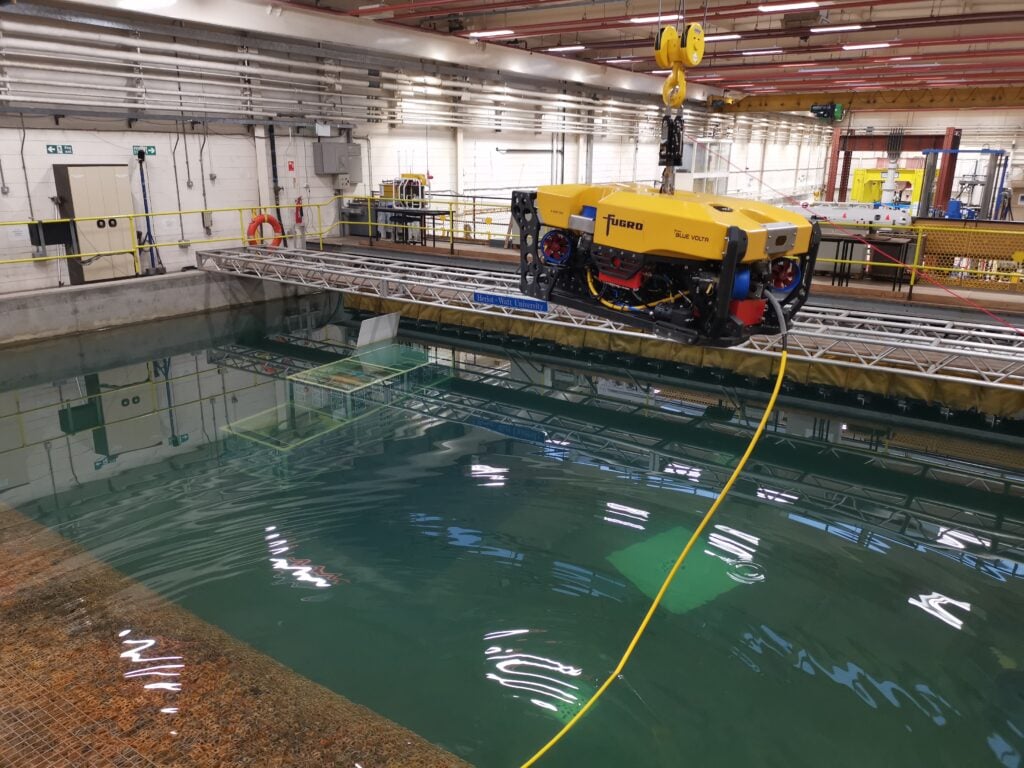