The system enables several tank trucks to simultaneously supply the chilled fuel to vessels, Baleària said in its statement.

Following the completion of the test with this system, the shipping company is set to use this new method daily, after the approval of the Port Authority of Valencia, which guarantees the complete operation of ships operating with natural gas in that port.

Baleària added that it is using technology manufactured by Kosan Crinsplant, which has been optimized for this specific operation by the Valencian engineer Cotenaval, as well as tanks of the logistics company ESK.

During the test, natural gas has been supplied to Baleària’s Hypatia de Alejandría, which currently operates on the route between Valencia, Ibiza, and Palma.

The transfer speed with this system ranges between 80 and 120 cubic meters per hour, depending on the pumping characteristics of the tanks used. In the bunkering operation carried out on December 29, two simultaneous tanks were used, with a transfer rate of 95 cbm/hour, which allowed them to be unloaded in 55 minutes, Baleària said.

The simultaneous supply of several tankers is faster than the usual method, known as truck-to-ship (TTS), in which it can only supply a single tank and usually reaches a discharge speed between 30 and 50 cbm/h; a logistical difficulty that adds to the limited time vessels spend in the port.

To remind, Baleària carried out Spain’s first MMTS bunkering of liquefied natural gas in November, at the port of Huelva. 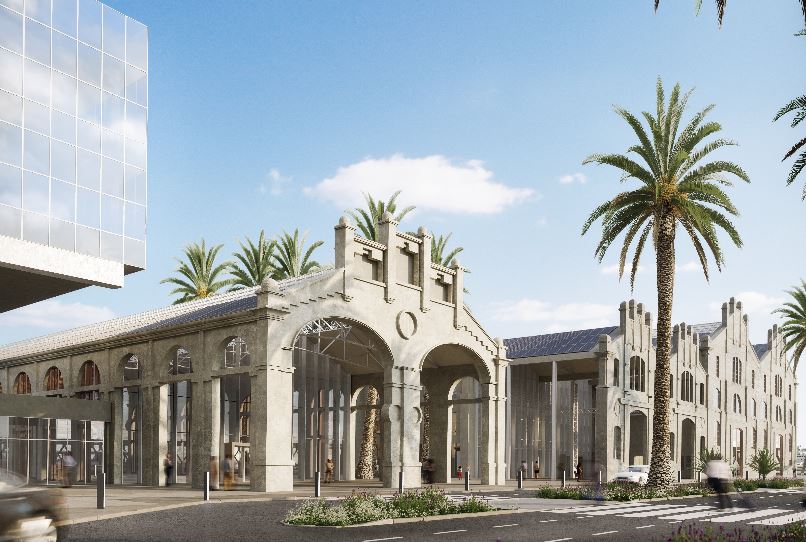