The construction of the Baltic Pipe offshore section has been completed as the last weld was made on the gas pipeline connecting the coasts of Denmark and Poland.

Polish GAZ-SYSTEM said that the construction of the offshore section was completed on Thursday, 18 November, marking the end of the most important stage of work on the Baltic Pipe project.

The construction of about 275-kilometre long gas pipeline took place across the maritime areas of Denmark, Sweden and Poland. It included more than 22,000 pipes with a 900-millimetre nominal diameter that were welded together and laid on the bottom of the Baltic Sea.

As mentioned previously, three ships were used to build the pipeline, Castorone, Castoro Sei and Castoro 10. During the pipeline laying, which began on 27 June, all necessary crossings with third party offshore infrastructure were also made and secured.

“The laying of the gas pipeline on the seabed was the most challenging part of Baltic Pipe from an organisational and technical point of view. We completed this stage in accordance with earlier declarations and the planned schedule”, said Tomasz Stępień, president of the Management Board of GAZ-SYSTEM.

“We still have to go through tests, technical tests, and approvals. We have about a year to complete this work so that from October 1, 2022, we can start commercial gas transmission from the Norwegian shelf to Poland”.

According to Piotr Naimski, the government plenipotentiary for strategic energy infrastructure, the capacity of Baltic Pipe, which will transmit 10 billion m3 of natural gas per year, is comparable to the volume of gas received by Poland under the long-term contract with Russian Gazprom, which expires in December 2022.

The strategic project between GAZ-SYSTEM and the Danish Energinet is expected to create a new corridor supplying gas from Norway to the markets in Poland, Denmark, and neighbouring countries. 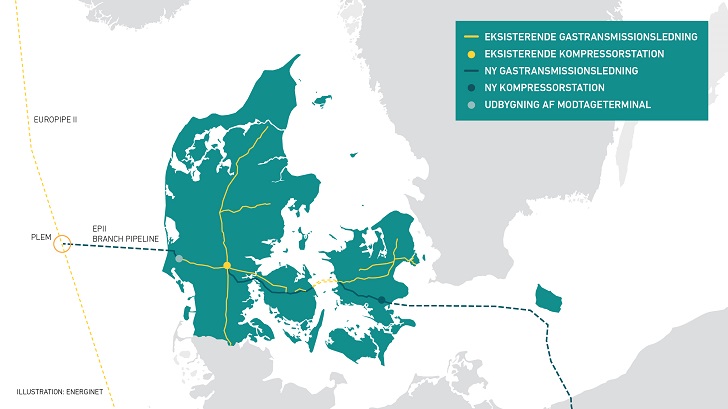