All crossings with gas pipelines and cables intersecting the route of the Baltic Pipe have been completed as part of the offshore pipelaying work, according to the latest update.

Baltic Pipe project is a strategic infrastructure project between Poland’s GAZ-SYSTEM and the Danish Energinet which will create a new corridor supplying gas from Norway to the markets in Poland, Denmark, and neighboring countries.

The project faced a setback when the Danish Environmental and Food Appeals Board ruled to repeal the permit for the onshore part of Baltic Pipe in early June, stating that the environmental assessment does not sufficiently describe the measures taken to protect certain animal species.

On 27 June, marine vessel Castorone started laying the Baltic Pipe at a site close to the island of Bornholm, Denmark.

On 19 July, it was reported that more than 100 kilometers of the offshore pipeline had been installed. 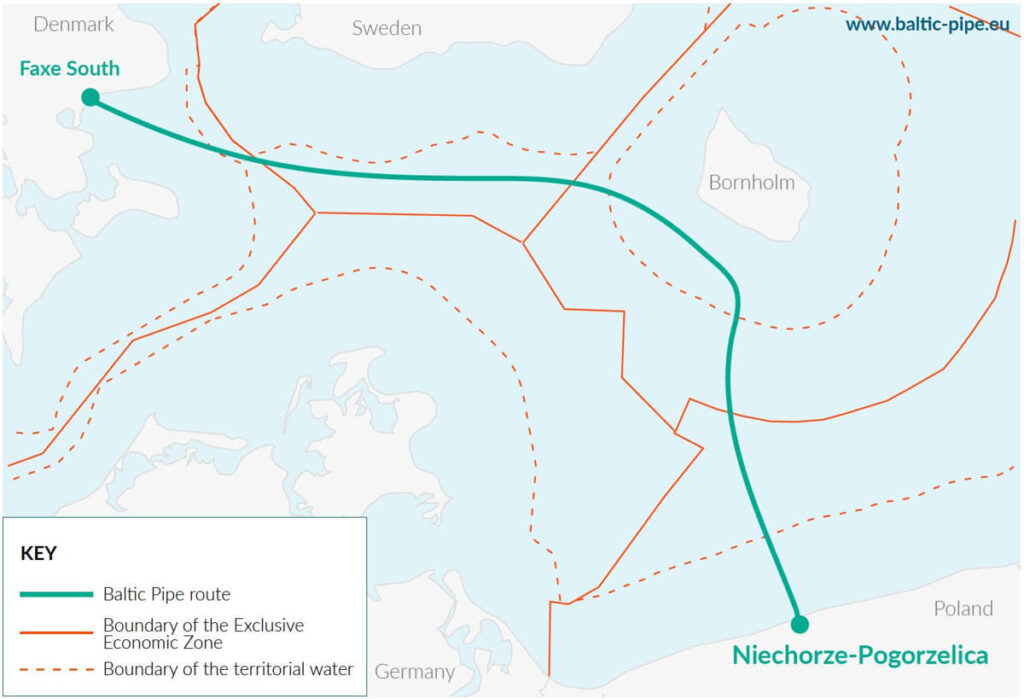