Canadian ferry operator BC Ferries has revealed the name of its sixth Island-class ferry — Island Gwawis.

The naming ceremony was held at Victoria’s Point Hope Maritime on 11 January 2022. The newbuild arrived in Victoria in December 2021.

The ceremony on Tuesday began with remarks from BC Ferries, Damen Shipyards and the Province of British Columbia, followed by the unveiling of the ship’s name and the christening of the hull.

“This ship is as much about the relationships we are building as the service it provides,” said Mark Collins, President & CEO of BC Ferries.

“Together we have delivered six innovative hybrid-electric ferries under the challenges of a global pandemic,” Mark Collins, President & CEO of BC Ferries, commented.

“Island Gwawis will help move us towards being one of the most sustainable companies in the world while connecting communities along the way.”

Island Class ferries have the capacity to carry 47 vehicles and up to 450 passengers and crew. They are battery-equipped ships designed for future full electric operation.

The ships are fitted with hybrid technology that bridges the gap until shore charging infrastructure and funding becomes available in B.C.

From the exterior details to the engines, the design of the new vessels reduces underwater radiated noise and lowers emissions. 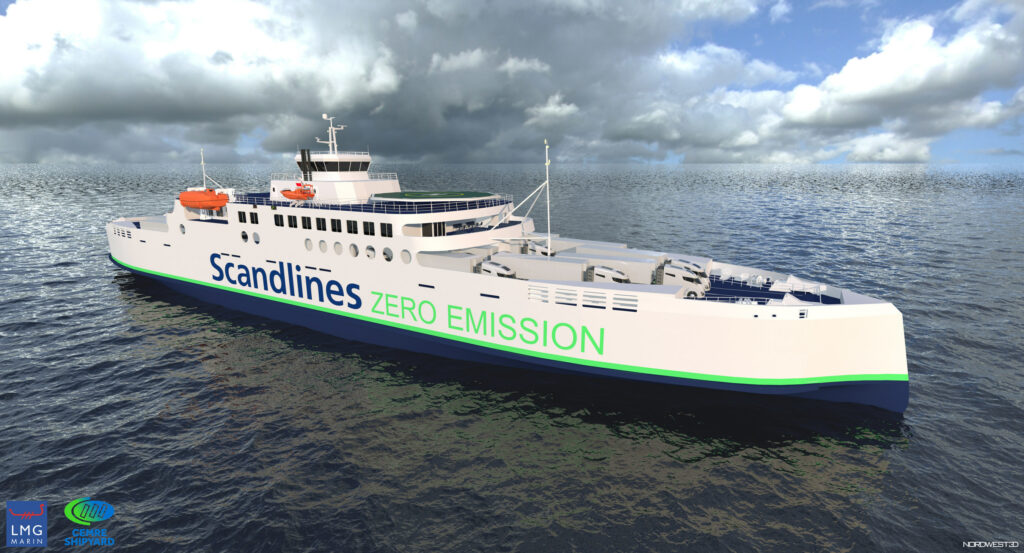