Canadian ferry operator BC Ferries has marked Earth Day on 22 April with the launch of its sixth battery electric- hybrid Island-class ferry.

Work will continue on the new ship until scheduled sea trials in August.

Following successful sea trials, the vessel will be delivered to Point Hope Maritime in Victoria in late 2021 for final preparations. Two-ship service is scheduled to begin on the Nanaimo Harbour – Gabriola Island route in 2022, replacing the Quinsam.

“We are excited to reach this milestone in our Island Class project,” Captain Jamie Marshall, BC Ferries’ Vice President, Shipbuilding and Innovation, commented.

“The launch of the sixth and final vessel in the series propels BC Ferries closer to reaching its goal to be efficient and environmentally responsible throughout the system.”

The Island class is a hybrid diesel-electric ferry with a number of key features that support BC Ferries’ Clean Futures Plan. Once electric charging technology can be installed at BC Ferries’ terminals, these new ships will be configured to operate as all battery-electric ferries, using clean renewable hydroelectric energy.

Island Class ferries have the capacity to carry at least 47 vehicles and up to 400 passengers and crew, and allow for fleet redeployments and retirements of existing diesel-fuelled vessels.

The fifth Island-class ferry launched in February and, together with the sixth unit, will provide two-ship service on the Nanaimo Harbour – Gabriola Island route in 2022. 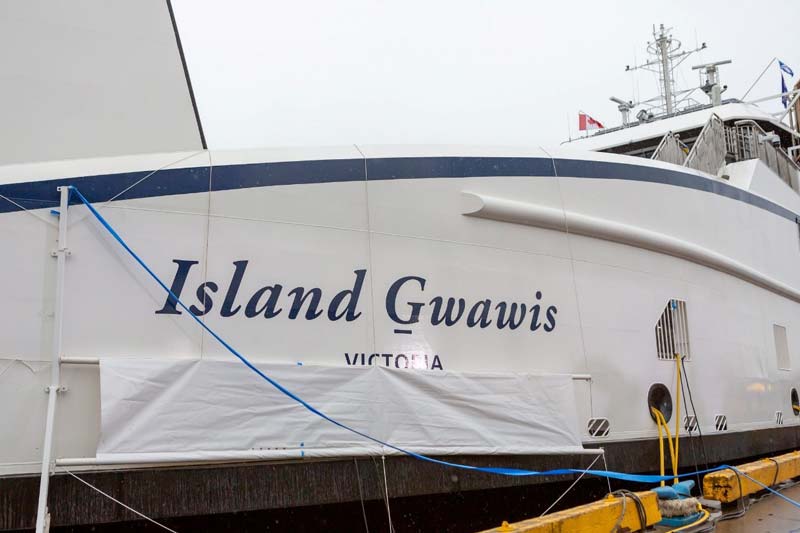