A record financial performance during 2013 has enabled Belfast Harbour to commit more than £60m to capital expenditure projects.

The Harbour’s Annual Report has revealed that Turnover rose by 30% to £50.3m whilst Profit before Taxation climbed by 42% to £26.2m during the financial year. During the period the Harbour also paid over £6.6m in tax.

The strong performance reflected a record year for tonnages handled, up 16% to 22.7m tonnes. The growth in trade was particularly good in sectors such as Dry Bulk Cargo (up 45%), which is closely related to the island’s agri-food industry, and Roll-On / Roll-Off (freight vehicles) which increased by 8%. Growth in trades associated with the new offshore wind energy facility also jumped from just 3,000 to 200,000 tonnes.

The sectors have benefitted from long-term investments by the Harbour in new marine infrastructure such as enhanced deep-water facilities and its new £53m offshore wind energy terminal, the first in the UK or Ireland.

“Despite ongoing challenges in both the UK and Irish economies I am particularly pleased that in its 400th year the Harbour continued to uphold its traditions of investing, planning and delivering for the future needs of Northern Ireland’s economy.

“Much of 2013’s growth was secured by investments totalling £100m by the Harbour in three sectors – renewables, dry bulk and freight. The single largest expenditure (£53m) was our development of the UK’s first bespoke logistics and assembly harbour to support offshore renewables. This 50-acre facility is currently leased to DONG Energy and ScottishPower Renewables, and has completed its first full year of operations.”

The Harbour also remains committed to supporting the ongoing regeneration of Belfast Harbour Estate and continued to progress a number of projects through the planning process. These include plans for a 200,000 sq ft extension to Sydenham Business Park and work is already underway on and 83,000 sq ft waterfront office known as City Quays 1, which was granted planning approval in October 2013. The building was the largest Grade A, city centre development to be granted approval in Belfast since the 2007.

“As the Port has evolved and grown a number of sites formerly used for shipping-related activity have become available for new uses. Belfast Harbour has funded a range of projects from the refurbishment of existing buildings to provide incubator and start-up space, to the development of City Quays which addresses the shortfall in high-end office space in the city centre.

“Belfast Harbour is uniquely place to self-fund office developments which will help ensure that Northern Ireland is well positioned to market turn-key property to inward investors in what is an improving, but highly competitive international real estate market.” 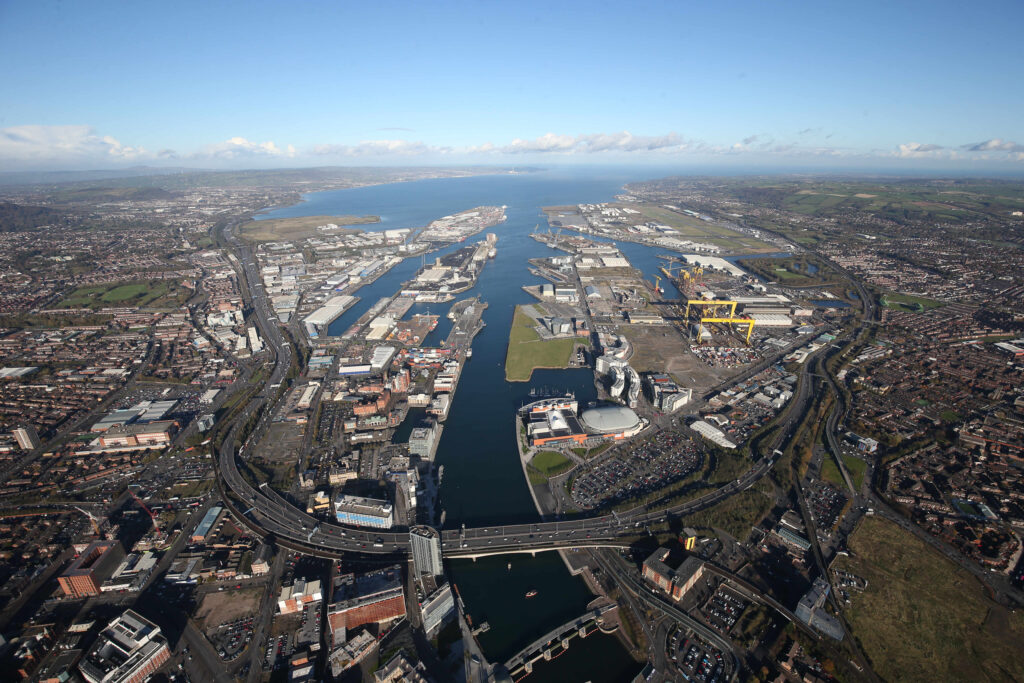